"You saw them together, they looked hot as a fritter," Nancy Collins says of Farrah Fawcett and Ryan O'Neal's romance

It’s been nearly 10 years since Farrah Fawcett died, but she will forever be regarded as one of America’s golden girls.

On June 25, 2009, Fawcett died at age 62 following a battle with cancer. Now, one decade after her tragic death, ABC News is exploring the life of the Charlie’s Angels star, including her iconic and “spur of the moment” red bathing suit photo shoot, which “is still the biggest-selling poster of all time.”

In a PEOPLE exclusive trailer of the This is Farrah Fawcett special, Charlie’s Angels costar Jaclyn Smith opens up about working with Fawcett, saying, “We were Barbie dolls.”

“We were very, very close,” says Smith, who also teases a secret about Fawcett: “That’s one thing people probably don’t know about her.”

The special will also take a deep dive into her “volatile” and “spontaneous” romance with “love of her life” Ryan O’Neal, with whom she shared son Redmond O’Neal.

“You saw them together, they looked hot as a fritter,” says Nancy Collins. “You could feel the steam coming off of them.”

“It was magical,” Fawcett says in old footage of her relationship with O’Neal.

Designer Norma Kamali Wasn’t a Fan of Farrah Fawcett’s Iconic Red Swimsuit – and She Created It!

In 2006, Fawcett was diagnosed with cancer. But despite her grave illness, O’Neal remained by Fawcett’s side throughout her fight.

“I panicked,” O’Neal, 78, says of Fawcett in footage filmed after her diagnosis. “I just knew one thing: That Farrah Fawcett was hard to kill.”

Ahead of her death, Fawcett was hopeful for a miracle.

“She was extremely brave,” Smith, 73, says of Fawcett in the clip. “Very brave.”

“I know that everyone will die eventually, but I want to stay alive. I say to God, ‘It is seriously time for a miracle,’ ” Fawcett says in footage filmed before her death.

Says Fawcett: “There’s no room for despair. My deepest desire is to live.”

Additionally, it will include Barbara Walters’ interviews with Fawcett and O’Neal.

“She’s gone. She now belongs to the ages,” O’Neal told PEOPLE, also confirming that she received the last rites of the Catholic Church. “She’s now with her mother and sister and her God. I loved her with all my heart. I will miss her so very, very much. She was in and out of consciousness. I talked to her all through the night. I told her how very much I loved her. She’s in a better place now.”

Added O’Neal: “She was with her team when she passed … Her eyes were open, but she didn’t say anything. But you could see in her eyes that she recognized us.” 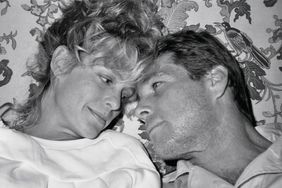 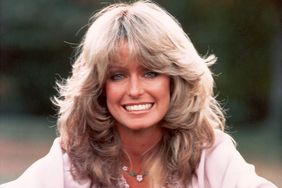 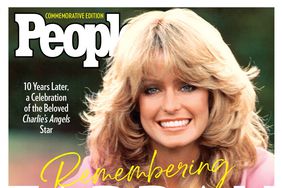 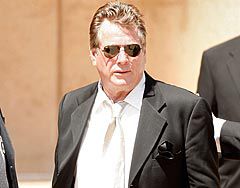 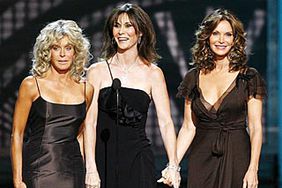