Farrah Abraham and her mother Debra Danielsen have a complicated relationship

Farrah Abraham and her mother Debra Danielsen have a complicated relationship.

Their bickering was often captured on Teen Mom, butin November, the 26-year-old reality star put aside their differences to attend her mother’s “under-the-sea” wedding in Council Bluffs, Iowa.

And prior to her nuptials, Danielsen starred in a sizzling boudoir photoshoot, wearing a bedazzled thong bodysuit while sitting on a bedroom bench with her bare legs exposed.

From domestic abuse allegations to an attempt to get family counseling on a reality show, here’s a look back at their dramatic past.

In 2010, Danielsen was arrested on suspicion of domestic abuse after she and her daughter allegedly began arguing over childcare of Abraham’s daughter Sofia, according to Us Weekly. At the time, Abraham was 18.

TMZ reported that Danielsen allegedly grabbed Abraham by the throat and then hit her. Abraham ultimately dropped the charges, according to E! News.

And this wasn’t the first time Danielsen had been accused of hitting her daughter. In an episode of 16 & Pregnant — which Abraham appeared on before starring on Teen Mom — Danielsen appeared to hit her daughter in the mouth during an argument. However, during a Teen Mom OG reunion in April, Danielsen claimed she “hit the seat,” not Abraham’s face.

In March, during an episode of Marriage Boot Camp: Reality Stars Family Edition — a program which Abraham appeared on with both her mother and her father to try and improve their relationship — the two got into an altercation when Danielsen decided to skip out on family therapy to go to a beer festival with her then-boyfriend.

“I like to be surprised, I like to go on little trips, too, but now when it’s a family boot camp and you need to be working on your family …” Abraham said.

“I’m not going to lose my boyfriend,” Danielsen responded.

And that wasn’t the only time there was drama between the mother-daughter duo on the reality show.

During the program’s premiere in April, after the 2010 domestic assault allegations against Danielsen were brought up, the two women got into a heated argument whenDanielsen called the charges “bogus.”

Before appearing on Marriage Boot Camp, the two women had attempted to work out their differences in 2014 on Couples Therapy.

Things were similarly tense between them in July, during part two of the Teen Mom OG reunion special.

Both Abraham and Danielsen — who conducted their interviews separately — alleged the other had abused them.

When asked about allegations that she had mentally abused her mother on the show, Abraham seemingly hinted at the 2010 allegations against her mother when she said, “So I’ve never received abuse?”

However, the reality star refused to open up any further, saying “I’ve just talked about it so much.”

When it was Danielsen’s turn, Abraham’s mom denied she had abusive with her daughter, before claiming that Abraham had been “mentally, emotionally and verbally” abusive with her.

She also revealed that she hadn’t seen her daughter or her granddaughter since April.

Putting Aside Their Differences

But in November, Abraham not only attended her mother’s wedding, but also served as her honorary maid of honor.

“This is going in the family books!” Abraham captioned a series of images shared to social media. ”Congrats! To my mom & step dad 🎉✨💍 #tiedtheknot #married #wedding.”

Abraham shared inside photos from the ceremony to Instagram on Nov. 6, including snapshots of the wedding invitations and favors for attendees that read, “You Call It Madness. We Call It Family.” 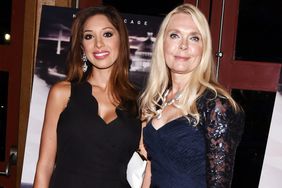 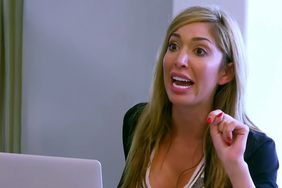 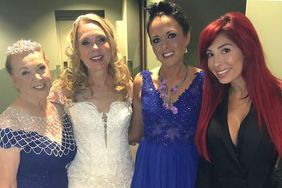 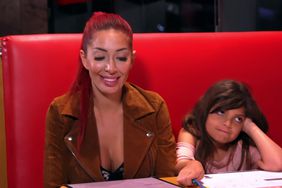 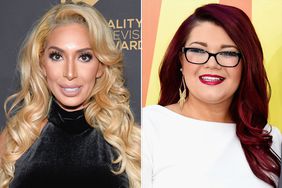 'Teen Mom' 's Farrah Abraham Won't Attend Amber Portwood's Wedding: 'I Do Not Want to Be Around Criminals Anymore' 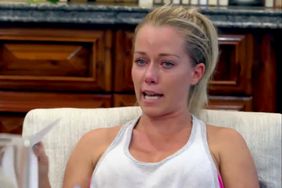 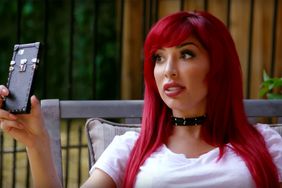