Fall TV Review: 'Frozen' Characters Have Made 'Once Upon a Time' Even Better

Once Upon a Time has always been fun family viewing, but the premise was often more intriguing than the actual show – until now.

The first three seasons of the fantastical ABC drama were filled with time-bending, reality-changing twists that often uprooted the lives (and memories) of the fairy-tale characters at the center of Once.

These reboots created an environment where no matter where the heroes went or what the villains did, they found themselves right back as the stock characters they had been playing since day one.

But if the Season 4 premiere is any indication, Once has made it through its awkward teenage years and emerged a more nuanced and self-aware drama that just happens to be about witches and dwarfs – and, now, an ice princess from Arendelle.

That’s right, the world of Frozen has now been introduced to the Once universe. But unlike some of the show’s other forays into new mythology (Remember those episodes spent in Neverland?), the Arendelle royalty are the first cast of characters to be added without completely detouring the rest of the show.

The episode begins with a scene familiar to fans of Frozen – the king and queen of Arendelle’s watery death at sea – before it flashes forward to some time after the hit animated film ended, with Elsa (Georgina Haig) helping her sister Anna (Elizabeth Lail) prepare for her impending nuptials.

These scenes in Arendelle can, at times, still feel cartoonish, but fans of the Disney musical will certainly not be disappointed with Once‘s interpretation of the now sacred characters. Haig successfully evokes the same regality as her animated, Idina Menzel-voiced counterpart, and Lail exudes the same effervescence that Kristen Bell brought to the big screen as the pig-tailed redhead.

But where Once has really upped its game is back in Storybrooke, where even characters named Rumpelstiltskin (Robert Carlyle) are allowed more quiet, intimate moments than they have been in the past.

The highlight of the show remains newlywed actress Lana Parrilla, who continues to pepper her Evil Queen with just the right amount of realism to make her deliciously wicked deeds seem justified, but Frozen is just the thing that has gotten Once really moving.

See what I did there?

Once Upon a Time premieres Sunday at 8 p.m. ET on ABC. 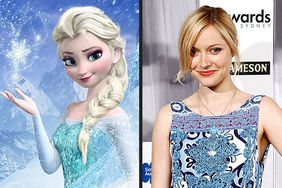 'Once Upon A Time' Has Cast Its Queen Elsa! 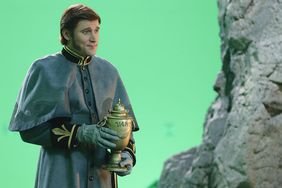 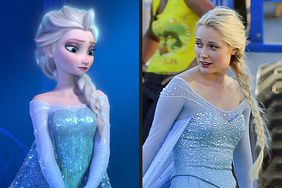 'Once Upon a Time' 's Magical Characters Get Real in Storybrooke 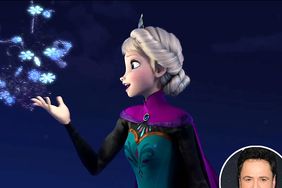 Donny Osmond in Arendelle? 16 Things We Learned from the Making of 'Frozen' Special 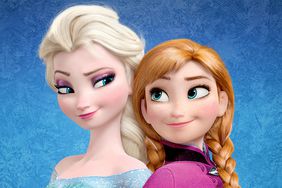