PEOPLE confirmed Monday that the comedian had checked into rehab

After initially getting sober in his early 20s, John Mulaney recently checked into rehab after relapsing, PEOPLE confirmed on Monday.

Over the years, the 38-year-old comedian has spoken about addiction and his first journey to sobriety, opening up in interviews and in his comedy specials. Most recently, the former Saturday Night Live writer told Esquire about how he started drinking at the age of 13.

"I drank for attention," he said in the September 2019 interview. "I was really outgoing, and then at 12, I wasn't. I didn't know how to act. And then I was drinking, and I was hilarious again."

While he said he never enjoyed smoking marijuana, he "loved" cocaine and other prescription drugs. "I wasn't a good athlete, so maybe it was some young male thing of, 'This is the physical feat I can do. Three Vicodin and a tequila and I'm still standing. Who's the athlete now?'"

23 Stars on Their Experiences with Addiction

At age 23, things were getting out of control, and Mulaney finally quit cocaine and alcohol. He didn't use a recovery program, telling Esquire he was able to flip a switch. At the time of the interview, he said he had been sober since 2005.

"I went on a bender that weekend that was just, like, fading in and out of a movie," he told the magazine. "It was just crazy. A weekend that was ... there were ... I'm never going to tell you. That's mine. I didn't kill anyone or assault anyone. But yeah, I was like, 'You're f---ing out of control.' And I thought to myself, 'I don't like this guy anymore. I'm not rooting for him.'"

Mulaney also opened up about his sobriety during his 2012 comedy special, New in Town.

"I don't drink," he said. "I used to drink, then I drank too much, and I had to stop. That surprises a lot of audiences because I don't look like someone who used to do anything."

"I quit drinking 'cause I used to drink too much, and then I would black out and I would 'ruin' parties, or so I'm told," he added. "When you do that enough — when you black out drinking and you do crazy things — you kind of become like Michael Jackson, like any story anyone says about you might be true, and even you don't know by the end."

Later in the special, Mulaney shared the story of a time he accidentally got a prostate exam while trying to acquire Xanax from his doctor, and another about when he drank perfume while "blacked out" at a party.

"Someone came out of one of the rooms at this party holding an old antique bottle with some liquid in it. And they said, 'Hey, is this whiskey or perfume?'" he said. "And apparently I grabbed it, drank all of it, and said, 'It's perfume.' And it was."

He also touched on his drug and alcohol use in his 2018 comedy special, Kid Gorgeous, joking about a time he "was arrested with a one-hitter at a Rusted Root concert" while discussing marijuana legalization.

During an interview on Off Camera with host Sam Jones in 2018, Mulaney said that his parents were largely unaware of his partying tendencies growing up.

"I kept up appearances. They knew that I might go to a party and drink beer or something. They had an understanding of high school parties and they weren't idiots. But if I was, you know, messing around with drugs when I was very young, I knew to keep up appearances," he said. "I'd be on mushrooms and come through the front door and go, 'Hello, good evening, I'm going to be upstairs,' and then just run up."

"I really was like, 'I'm going to keep my grades up and keep up appearances,'" he continued. "I also didn't smoke pot. It was like I was an uptight, wanted-to-get-good-grades, wanted-my-teacher-to-like-me person. Wanted to be involved, was worried about college, all that stuff. Well, I wasn't that worried about college. I was worried about day-to-day life. And then on the weekends would drink like Keith Moon and you know, take Ambien to see what it would do." 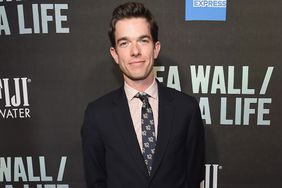 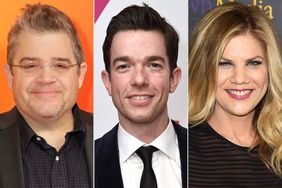 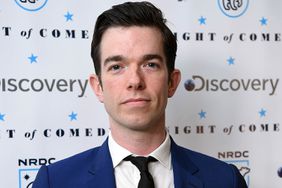 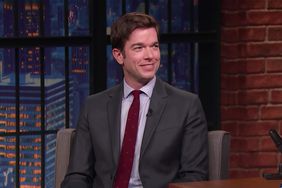