Evan Rachel Wood and her fiancé and bandmate Zach Villa ended their engagement about a month ago, a source tells PEOPLE

Westworld star Evan Rachel Wood and her fiancé and bandmate Zach Villa have ended their engagement.

A source confirms to PEOPLE that the pair called it off about a month ago.

Wood’s rep confirmed the engagement to PEOPLE back in January after the duo was spotted wearing silver bands on their left ring fingers on the 2017 SAG Awards red carpet. Later in the night, Wood was overheard introducing the musician as her “fiancé” to Mr. Robot actor Rami Malek.

Villa and Wood first met in 2015 while performing together in a John Hughes-themed cabaret in Los Angeles, and later teamed up to form electro-pop duo Rebel and a Basketcase. Villa, an actor trained at Juilliard, is a “self-taught multi-instrumentalist and singer-songwriter who plays guitar, bass, keyboards and drums, among other instruments,” according to the band’s bio.

Wood, 30, was previously married to actor Jamie Bell, with whom she shares a 4-year-old son.

Earlier this year, Wood opened up about her sexuality while receiving the Human Rights Campaign’s Visibility Award in Charlotte, North Carolina.

RELATED VIDEO: Westworld‘s Evan Rachel Wood on What Her Critics’ Choice Award Means to Her!

“There was a time, despite what it may have looked like on the surface, that the fear had gripped me so tight, and I felt broken and unlovable,” she said of being bisexual. “And I did not think I would see tomorrow. But because of the voices I listened to, because of the people I identified with, the films I had watched, the music I had heard, because of words like ‘bisexual’ and the doors that it opened, I’m still here — and I didn’t miss out on the most beautiful thing I’ve seen yet, and that was my son.”

The Blast was the first to report the news. 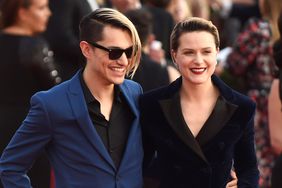 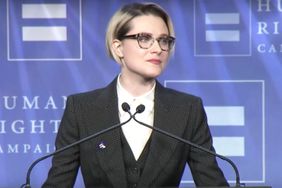