"TIME'S UP is ready for new leadership," the organization wrote in a statement, as it was revealed that Eva Longoria, Shonda Rhimes, and Jurnee Smollett are among those stepping down from the board

Shonda Rhimes, Eva Longoria, and Jurnee Smollett were among those who recently stepped down from the Time's Up board of directors, according to the Los Angeles Times. The organization announced on Saturday that "members of the existing board will be stepping aside over the next 30 days" to make way for a "new and reconstituted board."

Reps for Rhimes, Longoria and Smollett did not immediately respond to PEOPLE's request for comment.

"TIME'S UP is ready for new leadership, and we want to move forcefully toward its new iteration," the organization said in a statement. "We have strong faith in the talent and dedication of our interim CEO Monifa Bandele as a leader. As has been announced, Monifa will be overseeing a comprehensive assessment of the organization, in collaboration with an outside consultant, and the input of our stakeholders: survivors and those who work for survivor justice and gender equity in the workplace and beyond."

The move comes after Roberta Kaplan was pressured to step down as chair of the board last month, after the New York Attorney General's report on Cuomo revealed she advised the governor on a letter meant to discredit one of his nearly a dozen accusers. President and Chief Executive Tina Tchen also announced her resignation in late August.

Nearly 150 people signed an open letter on Medium last month, urging a third-party investigation into Time's Up and the National Women's Law Center, as well as the removal of any board members who "have supported perpetrators of harm."

RELATED VIDEO: Women of Hollywood Attend Golden Globes Together in Support of the Time's Up Movement

"TIME'S UP has abandoned the very people it was supposed to champion. The board continues to fail to heed the outcry from survivors. TIME'S UP is failing all survivors," the letter's author, Alison Turkos, wrote.

Kaplan announced her resignation in a letter first reported by The New York Times, explaining that she was called in as an advisor to Cuomo's administration last year, when the sexual assault allegations began to surface.

"Unfortunately, recent events have made it clear that even our apparent allies in the fight to advance women can turn out to be abusers," she wrote. "We have felt the raw, personal and profound pain of that betrayal."

The attorney and longtime women's rights advocate co-founded the Time's Up Legal Defense Fund in 2018 to fight for gender equality and support victims of sexual harassment. 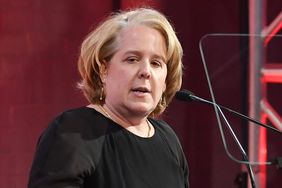 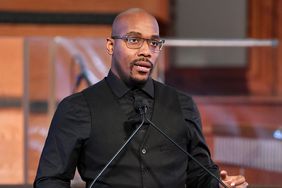