According to Erika's divorce filing, obtained by PEOPLE, the Real Housewives of Beverly Hills star has asked that she be paid spousal support by Tom and has also requested to terminate the court's ability to award spousal support to her ex.

Furthermore, she has asked that Tom pays for her attorney's fees.

Erika filed for divorce from Tom on Nov. 3 after nearly 21 years of marriage, according to the divorce filing. She listed their date of separation as "[to be determined]" and cited irreconcilable differences as the reason for their split.

"After much consideration, I have decided to end my marriage to Tom Girardi," Erika, 49, said in a statement obtained by PEOPLE. "This is not a step taken lightly or easily. I have great love and respect for Tom and for our years and the lives we built together."

"I don't have a prenup," she said during an appearance on Andy Cohen's Then & Now.

But even if they had signed the legal documents, Erika said a prenup "wouldn't stand" much of a chance against Tom's superior knowledge of the law. "But let me tell you something, let me be very clear. I'm married to a very powerful lawyer," she said about the powerhouse attorney, who is famed for the landmark case that inspired the film Erin Brokovich.

"A prenup wouldn't stand in his way anyway. So it doesn't matter whether you had one or you didn't, it's going to be all Tom's way, I assure you," she said. "He'll rip that piece of paper to shreds in two seconds!"

She first met Tom while cocktail-waitressing at the Los Angeles restaurant Chasen's, where he was a regular, she told PEOPLE in 2018. After a yearlong friendship, Tom asked her out.

Their marriage date is listed on the divorce filing as Jan. 7, 2000.

“Tom did not grow up with a silver spoon in his mouth,” Erika previously told PEOPLE. “We both came up the hard way. And we appreciate growth.”

“What was really important to me was my relationship. Tom wasn’t going to change,” she added. “He was a grown man. It really was two people coming together who really enjoy each other’s company.”

Erika was previously married to Thomas Zizzo, with whom she shares 26-year-old son Tommy Zizzo. 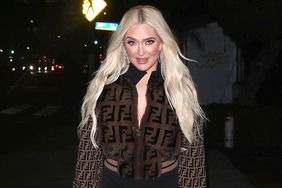