The Modern Family star recently got engaged to his girlfriend, a pediatric nurse

Eric Stonestreet's love language seems to be rooted in humor.

"She said, 'She'd have her people call my people,'" he captioned a slideshow of photos of the couple with Schweitzer's ring on display.

Such comedy appears to be routine in Stonestreet and Schweitzer's five-year relationship, as his Instagram page is filled with posts of him (lovingly) trolling his future wife.

Keep scrolling for some of his funniest — and sweetest! — content.

One of Stonestreet's go-to stunts is to film videos of Schweitzer while pretending he's snapping a picture.

In one early August post, the actor has her pose by some fruit at a farmers market, but she soon suspects something is off. "What are you doing?" she asks.

"Nothing! Taking a picture of you with your melons," he replies — prompting her hilariously exasperated facial expression.

Showcasing Her Beauty (Kind Of)

In a post last month, Stonestreet appeared to share a normal photo of himself posing with Schweitzer in front of a picturesque backdrop — that is, until you scroll through the seven other photos in the slide. Each subsequent picture featured a closer and closer zoom on Stonestreet's face.

"What a great picture to capture all of her beauty," he captioned the post.

In another July post, Stonestreet again pulled his video trick, pretending not to know how to adjust the lighting on a photo of Schweitzer while actually filming her.

"Never gets old (for me)," he captioned the post.

"The woman is a saint. A SAINT!" a friend joked in the comment section below.

Back in May, Stonestreet shared a sweet photo of Schweitzer posing with a dog.

"Look how cute he I mean she is," he joked in the caption, adding some heart-eye emojis.

Stonestreet seems to have a real habit of snacking on loud foods in bed — much to Schweitzer's dismay.

In December, he posted a video of himself noisily crunching on some celery. "No, we don't eat celery in bed," Schweitzer interrupts. "We're done, we're good on that. Where do you have celery stored?!"

"Celery in bed. Try it and lemme know if it goes over better for you than it did for me," Stonestreet captioned the post.

In subsequent weeks, he also documented himself eating Fritos and an apple in bed.

In addition to bringing snacks to bed, Stonestreet has also tried communicating with his now-fiancée via walkie talkie before heading to sleep.

"Hey babe," he begins in one January video. "Can you answer your walkie talkie?"

"You brought walkie talkies in here?" an incredulous Schweitzer says.

"Yeah, can you just get yours?" Stonestreet asks, informing her it's under her pillow.

"Are you being serious right now?" she asks, receiving a reply on the walkie talkie: "Affirmative."

In yet another fake picture moment, Stonestreet filmed Schweitzer as he was instructing her to stand in front of the tampon aisle of a store so he could take a picture of her.

Of course, Stonestreet can be serious — sometimes.

Last November, he shared a close-up of Schweitzer looking at the camera, wearing sunglasses and an animal print jacket. "Look how pretty," he gushed in the caption.

Whose Birthday Is It?

On Schweitzer's birthday last September, Stonestreet posted a slideshow of photos, beginning with a clip of her shimmying in a sparkling dress.

"It's this glittery shining star's birthday today," he wrote. "Let her feel the love that Instagram is capable of. She certainly deserves it."

Despite the earnest caption, Stonestreet filled the post with silly pictures of himself dressed up in various wigs and costumes.

Showing Off His "Talents"

Also in September, Stonestreet shared one of the reasons he's such a catch when he posted a video of Schweitzer wearing a suggestively-shaped balloon hat that he seemingly crafted for her.

"ONE of the cool things about being my lady friend is my clown ballon art talent(s)," he captioned the clip. 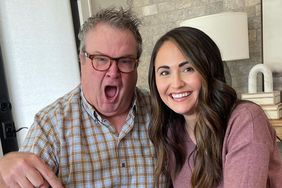 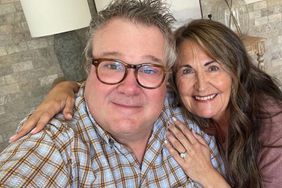 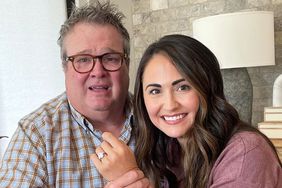 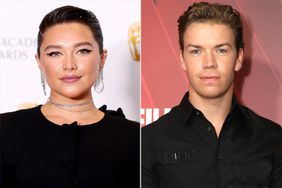 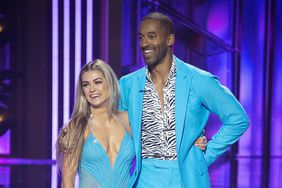