The Grown-ish star was accepted into Harvard University in 2017

Yara Shahidi has her priorities in order.

The Grown-ish actress revealed that she had a strict curfew on Sunday night at the 73rd annual Primetime Emmy Awards, saying she requested to present early in the night in order to make it home in time to attend her Harvard University college class.

"I do fly out tonight to make it to class in time," Shahidi told Entertainment Tonight.

Shahidi handed out the second trophy of the night to Brett Goldstein, the winner of the supporting actor in a comedy series category.

"The lovely people at The Academy really helped me out because I was like, 'Guys, I have a hard out to make this flight,' " she said.

Shahidi was also present at the ceremony to support her Black-ish costars. The show was up for five nominations but ultimately didn't score a win.

"It is really exciting," she said of attending the big event. "So many moments like these where we get to celebrate our work have kind of been suspended because of the pandemic, among many other important things."

Shahidi added that Sunday's affair was "just a great moment to look at what we have done" on Black-ish.

"I feel like I have not had a chance sometimes to really reflect on the impact of the show," she continued. "I mean, so many people spent the majority of their year pouring into this universe, so something like this is just such a wonderful way to roll into our final season."

Shahidi got into Harvard in 2017 but took a gap year before beginning her studies. The actress previously told Seventeen that she got into every single school she applied to, which included Stanford University, Yale University and Spelman College.

"I've wanted to be a history professor for longer than I've wanted to be an actress," she said of her Harvard acceptance on Jimmy Kimmel Live! in 2018. "And so I used to have the Harvard webpage up, and I'd go through the course catalog. So needless to say, this is something I've been planning for a long time."

Shahidi said that she was going to do a social studies major.

"It's a combination of history and economics and anthropology. And then, I'm taking African American studies as well," she continued. "I still want to teach, but I also describe what I want to do as being policy adjacent. So, I guess I want to be next to Capitol Hill."

Shahidi later told The Hollywood Reporter that she wants "to have as much of a college experience as possible," which is the reason she "decided to apply in the first place." 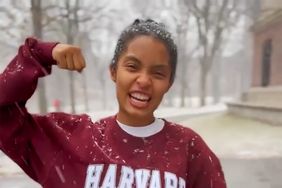 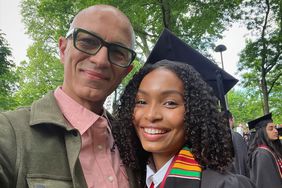 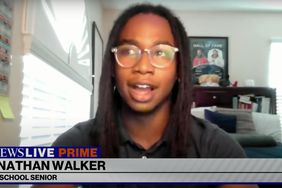 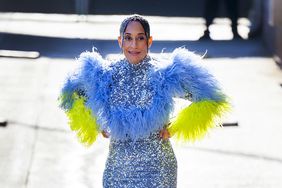