Regina King just added another Emmy statuette to her collection.

The actress, 49, took home the award for outstanding lead actress in a drama series for her performance in HBO's Watchmen during Sunday's virtual ceremony, beating out nominees Kerry Washington (Little Fires Everywhere), Cate Blanchett (Mrs. America), Octavia Spencer (Self Made: Inspired By The Life Of Madam C.J. Walker) and Shira Haas (Unorthodox).

During her acceptance speech, King paid tribute to late Supreme Court justice Ruth Bader Ginsburg — who died on Friday from complications of metastatic cancer at the age of 87 — while urging people vote in the upcoming presidential election.

"Gotta vote — I would be remiss not to mention that being a part of a show as prescient as Watchmen. Have a voting plan, go to ballotpedia.com, vote up the ballot, please," she said. "Go to ballotpedia.com and find out who you're voting for in your municipal elections. It is very important."

King also gave a shoutout to her "sisters" and fellow nominees.

"This is so freaking weird," she said of the at-home proceedings. "It's an honor to be in the category with you. I truly love being a thespian. Thank you, Television Academy, for choosing me to represent the thespian community."

This is the fourth Emmy win for King. The star previously picked up Emmys for her work in ABC's American Crime and Netflix's Seven Seconds.

“Really? Say word,” King remarked in her acceptance speech after winning her third Emmy in 2018.

RELATED VIDEO: Regina King on Her New Power in Hollywood

Though King also has an Oscar under her belt, the actress recently told PEOPLE that she feels like people in Hollywood are only now really starting to take notice of her work.

“Maybe now that I’m in my 40s, people in positions of power are recognizing it,” she said. “But everything I’ve ever approached, I’ve approached powerfully.” 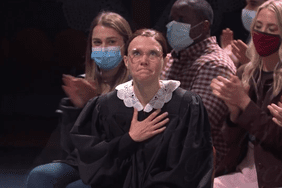 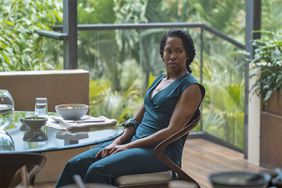 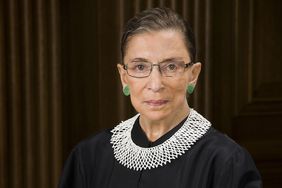 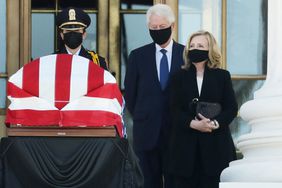