The 2016 Emmy Award nominations are out, and all eyes are turning to those nominated

The 2016 Emmy Award nominations are in! Now it’s time to sit and argue endlessly about whether or not our favorite shows will reap the sweet fruit of victory or the bitter root vegetable of defeat.

Or we could just focus on the positive, like these stars, all of whom are just happy to be nominated! Win or lose, it’s still a huge honor.

“I’m awed by the journey we have been on with Confirmation. I’m deeply grateful to the academy for acknowledging this film that so many people poured their hearts and souls into. As both an actress and producer, I could not possibly be more proud or humbled.” –Kerry Washington

“I am floored that I’ve been nominated but I am even more excited that Luther has been nominated as well. The success of Luther is so much due to the fans and I hope they are as proud of this nomination as we are. OH BOY! What a category!” –Idris Elba

“It is a serious understatement to say that I am somewhat stunned. For my work on Game of Thrones to be recognized in this way is an emotional moment for me. I could not be more humbled.” –Kit Harington

“Humbled by the Emmy nominations this morning. It makes up for getting snubbed at the ESPYs last night. #Emmys #NationalHotDogDay” –Jimmy Fallon

“I’m so honored and excited that after 13 seasons, our fans at the Academy are still enjoying the show as much as we enjoy making it.” –Padma Lakshmi

“As strange as it may seem, all of us who are responsible for Inside the Actors Studio are as excited about our 19th nomination as we were about our first. What a journey – for which we have our hundreds of generous and gifted guests to thank.” –James Lipton

“Working on The People v. O.J. Simpson has been a career highlight and its own reward, but I am especially moved by the recognition for everyone who devoted their hearts and souls to this project – from our brilliant cast to our amazing writers and directors to the extraordinary producers. We are all incredibly grateful. It’s a happy day.” –Ryan Murphy

“Wow! I am blown away! I am surrounded by excellence on Better Call Saul and to be picked out of that line-up is a crazy honor. This unique show, with no genre behind it – just honest character exploration, surprises me over and over. The fact that TV fans and critics are welcoming this unpredictable journey – it’s simply inspiring. Thank you.” –Bob Odenkirk

Jimmy Kimmel will host the 68th Primetime Emmy Awards live from the Microsoft Theater in Los Angeles on Sept. 18, with the ceremony simulcasting on ABC. 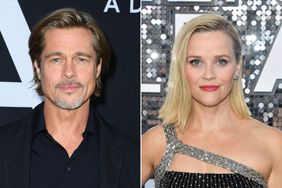 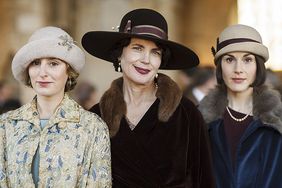