Emma Corrin Poses in Chest Binder After Updating Their Gender Pronouns: 'It's All a Journey'

"Embrace it," Emma Corrin wrote, posting black-and-white photos of themself with their chest bound, shortly after coming out as queer and updating their gender pronouns

Emma Corrin is using their platform to normalize transgender existence.

The Golden Globe winner, 25, took to Instagram on Monday with some stunning black-and-white photos of themself posing with their chest bound in boxing hand wrap.

"Some time before I bought my first binder, messing around with @sirdavidsimon, we used boxing wrap, thanks for capturing this with me, very intimate, very new, very cool," Corrin wrote in the caption. "It's all a journey right. Lots of twists and turns and change and that's ok! Embrace it."

They were met with praise and support in the comments section. "Beauty," Kaya Scodelario wrote. "I love you so much," 13 Reasons Why actor Tommy Dorfman commented. "Angel," wrote Harris Reed, the designer behind many of Harry Styles' stunning nonbinary looks — Corrin has been filming My Policeman with Styles, 27, in which the "Watermelon Sugar" artist plays a gay cop who marries a school teacher (Corrin).

In the caption, Corrin also recommended their go-to chest binder, made by transgender-owned brand gc2b. Chest binders are commonly used by transgender and nonbinary people to compress their chest, which helps treat gender dysphoria.

David Rosenthal, MD, the medical director of the Center for Transgender Care at Northwell Health in New York, recommends only using garments specifically designed for chest binding, as opposed to substitutions like elastic bandages, which can cause difficulties with breathing and circulation, according to Insider.

Corrin previously noted their gender pronouns as she/they in their Instagram bio, before removing them from the account shortly after, according to Elle.

The Crown star came out as queer in April, posting an image from their Pop Magazine photo shoot, in which they modeled a wedding dress. "Ur fave queer bride," Corrin wrote in the caption.

They also opened up about a previous relationship when they appeared on Vanity Fair Cocktail Hour, Live! in April. After admitting they kept a piece of a partner's clothing to "sniff it," Jessica Alba asked if that partner knew. "She did know, yes," Corrin said. 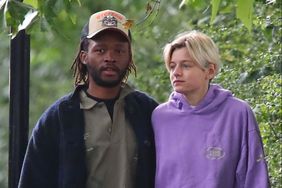 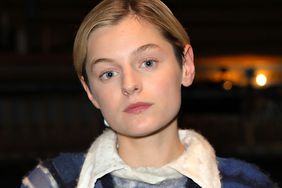 Emma Corrin Talks 'Ongoing' Journey Since Coming Out as Queer: 'I'm Still Figuring It All Out'