Emily Maynard Johnson dated Luyendyk Jr. on her season of The Bachelorette in 2012 but hasn't spoken to him in years

When Arie Luyendyk Jr. dumped fiancée Becca Kufrin for runner-up Lauren Burnham on The Bachelor’s season finale, Emily Maynard Johnson was watching along like everyone else, though for her, it was a bit more personal.

“I felt really bad for everybody involved,” says Johnson, who dated Luyendyk Jr. on her season of The Bachelorette in 2012 but hasn’t spoken to him in years. “I was shocked like the rest of America, but it was so sad.”

Watch the full episode of PEOPLE Cover Story: The Bachelor’s Arie Luyendyk — ‘It Was All Worth It’, streaming now on PeopleTV. Go to People.com/peopletv, or download the app on your favorite streaming device.

Luyendyk Jr. was left broken-hearted after Johnson ended things, and it took him time to recover.

“Before the show, the last time I ever really loved anyone was Emily,” he told PEOPLE last year. “The breakup was really difficult.”

Want to get all of PEOPLE’s best stories when you’re on the go? Download the SmartNews app on your mobile device and follow PEOPLE for more of the best celebrity and entertainment news!

And despite the backlash against Luyendyk Jr., Johnson, who is now happily married to Tyler Johnson and the mother of four children, sympathizes with his situation.

“The human side of me wants to sit back and say how can he do that but I’ve been through that and it’s crazy,” says Johnson, who was engaged to Jef Holm on the season finale but split with him three months later.

For now, Johnson says she wishes Luyendyk Jr. the best. “I don’t think he meant to hurt anybody or be mean-spirited,” she says. “We’ve all been guilty of thinking about our own feelings and hurting somebody in the process. And I hope it all works out for him.” 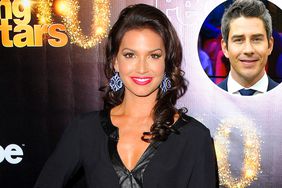 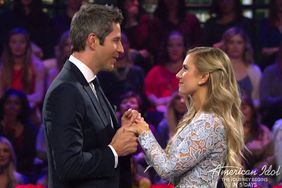 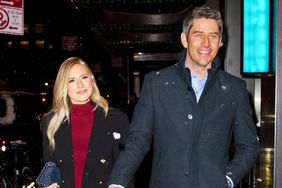 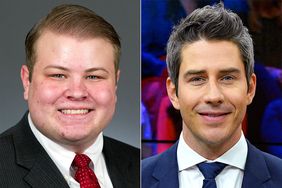