On Friday, the Ellen DeGeneres Show host, 61, celebrated her 11th wedding anniversary with the actress. In tribute of their special day, the TV star shared a black-and-white throwback photo from their wedding day.

“Happy anniversary, Portia. 11 years,” she wrote alongside the smiling snap, captured at their nuptials.

The loving post comes four months before the pair will celebrate their 16-year dating anniversary.

In December, to mark 15 years together, DeGeneres decided to hire a plane to fly a banner with a sweet message over their house. Unfortunately, it didn’t go quite as planned.

The problem? It was way too small to read from afar.

DeGeneres shared a video of the plane soaring past while she and de Rossi, 46, laughed as they strained to see it.

“Portia and I started dating 15 years ago today. I hired a plane to fly by the house with a banner that said 15 with a heart,” the comedian and talk show host wrote. “I should have specified the size.”

DeGeneres and de Rossi tied the knot on Aug. 17, 2008. They announced the news of their wedding immediately after California’s Supreme Court struck down a law banning same-sex marriage.

The intimate ceremony took place at their Los Angeles home in front of 19 guests, including the Arrested Development actress’ mother, who flew in from Australia for the wedding. 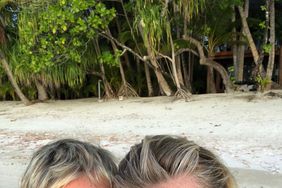 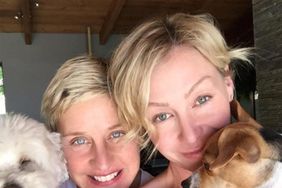 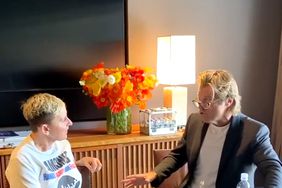