Ed Sheeran Recalls the Time He Got Pizza (and Did Jägerbombs!) with Jay Z and Beyoncé in 'Live at Wembley Stadium' Clip

The one-hour special follows Sheeran, 24, at his sold-out, three-night set at London’s Wembley Stadium (the one that inspired his latest tattoo), in addition to behind-the-scenes footage from his globe-trotting tour.

In this exclusive clip, Sheeran is seen making his way around the world, hanging out with musician friends (oh hey, Kylie Minogue!) – and dishing from his tour diary!

At the very end of the clip, the “Don’t” singer recalls a visit to New York City. Listing off his goings-on, Sheeran says: “Had breakfast. Went to Brooklyn for the show. Then went for pizza with Jay Z and Beyoncé. Then took them to a dive bar and did Jäegerbombs.”

Cracking up for a moment, he concludes of the encounter: “That’s weird.”

Ed Sheeran Opens Up About His A-List Pals, from His Clapton Collab to Taking Shots with Beyoncé ('She Was So Confused!') 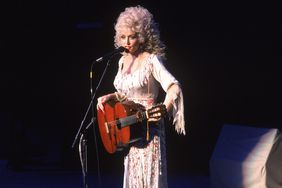