Dylan McDermott Opens Up About Changing His Life for the Better: 'I Really Struggled'

He's had a career in Hollywood for over three decades, yet Dylan McDermott seems to be eternally ageless

He’s had a career in Hollywood for over three decades, yet Dylan McDermott seems to be eternally ageless.

“I get stuck in time where I still think I’m 40,” the actor, 56, tells PEOPLE exclusively in this week’s issue. “It all feels so fast!”

Still, the star of Fox’s hit new comedy series, LA to Vegas overcame heartbreak and says he’s now happier than ever. “I’m grateful for what I have,” he says. “And I try to be mindful of that on a daily basis.”

The actor, whose breakout character in Steel Magnolias led to acclaimed roles on The Practice and American Horror Story, wed actress Shiva Rose in 1995; they had two daughters, Colette, 21 and Charlotte, 12, but split in 2008.

“I really struggled,” says McDermott of losing his footing after divorce. “But the cool thing is if you trust life and open yourself up to good things, good things can happen. Once I tried to understand that life will always take care of me, Maggie stepped into my life.”

That would be Maggie Q, McDermott’s fiancée of three years, whom he met on the set of their TV series Stalker in 2014.

“She took my breath away,” says McDermott, who proposed after seven weeks. “I knew immediately … she’s my soulmate.”

And in the last few years, McDermott says he’s become more intensely focused on his “mind, body and spirit.” Says the actor, who is a pescatarian and doesn’t drink: “Health is so important, to take care of yourself, to eat right and think good thoughts.”

RELATED VIDEO: Dermot Mulroney Reveals Similarities Between Dylan McDermott and What It Was Like Working Together

Now, McDermott says he’s relishing playing a comedic role after years of drama. “I knew I needed a reinvention,” he says. “To laugh all day and have fun, I thought, that is the best life in the world.” 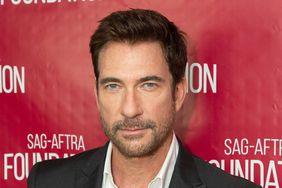 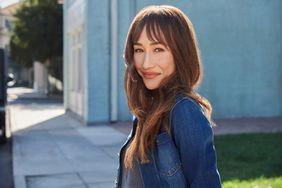 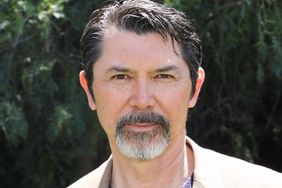 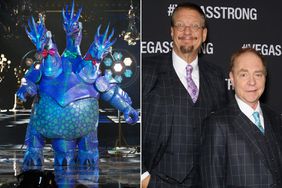 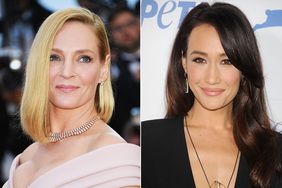