The contestants have wrapped the second week of performances on Dancing with the Stars, and there are still a couple of clear frontrunners. A rundown:

Sabrina Bryan Quickstep Talk about saving the best for last. The Cheetah Girl made the Quickstep look as exciting as the Mambo with the other competitors, and after the second round of performances, she seems like the biggest challenger to Castroneves. Scores: 9, 8 and 9

Melanie Brown Quickstep Mel B was not graceful, with the etiquette lessons she was shown taking in the preview package not quite taking hold. She did, as the judges said, have great posture, but she alternately looked like she was running or being dragged by Maksim around the dance floor. Scores: 7, 8 and 8. Wow, really? Seems generous. Mark Cuban Mambo “You’re like a bulldog chasing a squirrel,” judge Bruno said. We have to agree. No one looks like they’re having more fun than Cuban–and dude just had hip surgery this summer!–but technically, his skills are sorely lacking. That said, we hope he sticks around a bit longer. Scores: 6, 6 and 6

Wayne Newton Quickstep The Wayne may be the coolest guy in the competition, but he just doesn’t have the moves to keep up with partner Cheryl, especially in a dance like the Quickstep. Scores: 5, 5 and 5

Marie Osmond Mambo Saucy! One of the most exciting performances of the night, and how cute was it that her brother Donnie was in the audience trying to rev up the standing ovation? Scores: 8, 8 and 8!

Albert Reed Quickstep Can we just say that the Quickstep is one of our least favorite dances to watch? Everyone, including model Reed, looks like they’re struggling to keep up with their pro partners during this one. But how can you not root for a guy who was dancing in honor of his grandpa? Scores: 7, 7 and 7

Helio Castroneves Mambo Spectacular! It’s easy to see why he’s the odds-on favorite to win after this exciting performance with some tough moves. Scores: 9, 9 and 9! Wow again.

Jennie Garth Quickstep Poor Kelly Taylor just doesn’t look like she’s having fun out there, does she? She’s certainly trying hard (which may be sorta the problem), and of course, getting a thwack on the head during ballroom dancing doesn’t exactly help you look smooth, does it? Scores: 7, 7 and 7

Cameron Mathison Mambo The All My Children star seemed more tenuous than the rest of the Mambo-dancing competitors, but, as judge Carrie Ann tells says, he looks like a Greek god when he steps onto the dance floor, which helps cover a lot of little missteps, no? Still, Bruno pithily says Mathison was “more Clark Kent than Superman.” Scores: 7, 7 and 7

Floyd MayweatherQuickstep We still think he was robbed by the judges last week. This round, Floyd, like everyone else, had trouble making that Quickstep flow smoothly. But even if his wasn’t the most technically proficient Quickstep of the night–and again, who can really tell what proficient is in this dance since everyone struggles with it? –it was the most exciting. Scores: 7, 7 and 7

Jane Seymour Mambo It was definitely the most elegant Mambo of the night, but is that a good thing in a Mambo? Judge Len called it an “English Mambo,” playing off Jane’s “English rose” image. We see his point. Scores: 7, 7 and 7

But tell us: After last night’s performances, who was your fave? And who do you think is most likely to hang up his or her dancing shoes in tonight’s results show? –Kimberly Potts 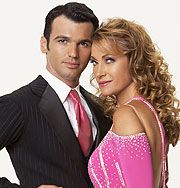 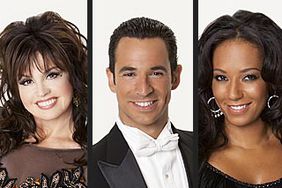 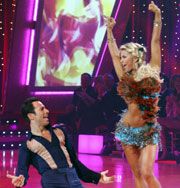 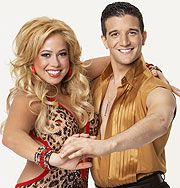 Week Four's Dancing: Everyone Brings It On 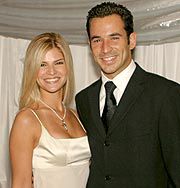 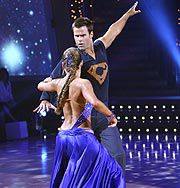 Marie Survives, While Cameron Is Sent Back to AMC 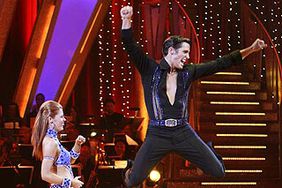