On Monday, Dancing with the Stars kicked off its milestone 30th season with a new group of celebrities ready to compete for the mirrorball trophy.

Tyra Banks was back for her second season as host of the ABC reality dance competition series, while Len Goodman, Bruno Tonioli, Derek Hough and Carrie Ann Inaba returned to their seats on the judging panel.

Just like previous seasons, the competing stars and pro dancers were individually announced in advance and the pairings were revealed during the two-hour premiere.

JoJo Siwa on Making DWTS History with Same-Sex Partner: 'There's Nothing That I Would Rather Do'

Olivia Jade Giannulli, who was teamed up with pro Val Chmerkovskiy, performed the salsa as her first dance of the season.

"I just really want to show people that I have a different side to me, I have a strong work ethic," she told Chmerkovskiy, adding to the cameras, "This experience means so much to me. I'm excited, but it's scary, to say the least. I think it's normal, though."

In August, ABC confirmed that JoJo Siwa would make history this season as the first female celebrity paired with a female pro dancer — who was revealed to be Jenna Johnson!

"For the first time in Dancing with the Stars history, I am dancing with another female, and I'm really, really proud," Siwa said. "I came out in early 2021 and what I love to do is make truly being who you are easier for kids."

Later, Brian Austin Green was teamed up with girlfriend Sharna Burgess, whom he began dating late last year. "I've never danced with anybody I've dated," the Beverly Hills, 90210 actor, 48, told Burgess. "I'm feeling nervous, I've got to be honest ... If I mess this up, I wouldn't be surprised if Sharna left me."

The following partnerships were also announced during the show as the celebrities hit the ballroom to perform their debut dances:

Days before the premiere, Giannulli spoke to PEOPLE about her preparations for DWTS at the iHeartRadio Music Festival in Las Vegas.

"I would not consider myself a dancer by any means, but it's so much more work than you really anticipate with the dedication and the patience you have to have with yourself," she said.

"The pros make it look so effortless and easy, but once you get in there and they're really teaching you the steps, it's way harder than I ever thought. But what I will say is the pros do such a good job," she added. 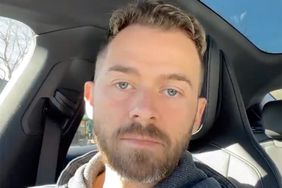 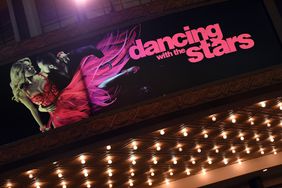