We’ve seen her smooth moves and been dazzled by her nimble footwork. Now Dancing with the Stars champ Julianne Hough hopes to get new fans on their feet with her music.

The two-time DWTS winner has signed a record deal with Universal Music Group and, according to the Associated Press, will release a new single in early 2008.

The perky performer is expected to begin recording the album in Nashville early next month with producer David Malloy, Williams said.

Hough released a country single, “Will You Dance With Me,” on iTunes in May. –Caris Davis 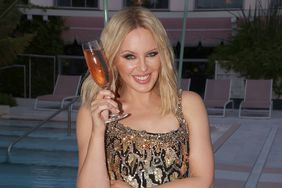