Derek Hough, who holds the record for the most wins held by any pro, performed on the DWTS dance floor for the first time in over three years

Derek Hough and Hayley Erbert were back on the Dancing with the Stars stage!

On Monday, the couple, who have been dating for five years, returned to the ABC competition show's dance floor to show the audience and contestants how it's done in the ballroom. Hough and Erbert, a former troupe member, performed a paso doble to Taalbi Brothers' "Uccen."

He left DWTS after finishing in sixth place with Marilu Henner on Season 23 in 2016. Then, for season 29, Hough became a permanent fixture on the judges' panel and replaced longtime head judge Len Goodman after coronavirus travel restrictions limited the U.K. native, 76, from making the trip to Los Angeles.

Meanwhile, Erbert, 26, began her role as a troupe dancer on season 21 in 2015, the same year she and Hough began dating. In 2019, the troupe was cut from DWTS and Erbert, who was also a mentor on DWTS Juniors, wrapped her seven seasons with the franchise.

Derek Hough and Hayley Erbert Laugh Off Fan Question About a Possible DWTS Proposal: 'That's Not Us'
16 Couples Who Found Romance in the Dancing with the Stars Ballroom

Amid the ongoing pandemic, Hough and Erbert have been spending lots of quality time. "We came together, we got closer. We grew as a couple tremendously," the World of Dance star said during a recent appearance on The Ellen DeGeneres Show.

The pair's long-awaited return to DWTS also got fans excited for a potential proposal. However, they cleared up the engagement speculation in a recent vlog on their joint YouTube channel.

Asked by a fan if Hough was planning on proposing during their appearance on Monday, they looked at each other and immediately burst into laughter. "That's not us," Erbert added, shaking her head.

A proposal on the DWTS dance floor has previously taken place. In 2016, pro dancer Sasha Farber got down on bended knee after dancing with fellow dancer Emma Slater and popped the question. 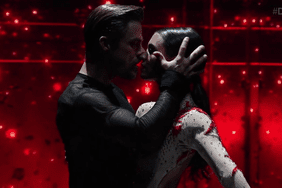 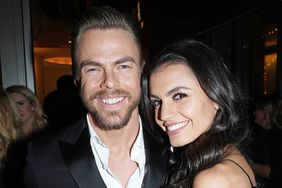 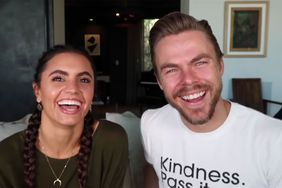