Duane “Dog the Bounty Hunter” Chapman is on the road to recovery.

After being under a doctor’s care for an unknown medical condition, PEOPLE can confirm that the Dog’s Most Wanted star is now on the mend.

“Dog is back at home and resting comfortably,” his rep says in a statement.

“He is overwhelmed by the support of fans and friends from around the world, and is deeply touched by the outpouring of prayers, love, and encouragement,” the statement continues. “While he is following doctor’s orders and taking time to heal, he wants everyone to follow DOG’S ORDERS and watch Dog’s Most Wanted Wednesday night on WGN America.”

According to TMZ, Dog, 66, was taken to a hospital in Colorado on Saturday after feeling a pain in his chest. However, despite the report, it remains unclear why Dog sought medical attention.

His hospitalization comes nearly three months after his wife Beth Chapman died of complications from throat cancer on June 26. She was 51.

Earlier this month, fans of the reality star got an inside look at how Beth’s family came to terms with the harrowing diagnosis during the premiere episode of WGN America’s Dog’s Most Wanted.

Last week, during an episode of Dax Shepard‘s podcast Armchair Expert, Dog revealed how he’s been coping since Beth’s death.

“I googled it,” Dog responded. “It says you adapt, you get smarter. She used to tease me, ‘You stole me from the cradle at 18 years old.’ I had her until she was 51, and I’d say one word and she knew what it meant. She’d be like, ‘Let me do it, Big Daddy, you’re too aggressive.’ And then she became more aggressive than me. And now all the sudden she’s not there. Google says you get smarter when you’re forced to deal with it. Because I still go, ‘What time do you have to be up in the morning, honey?’ I’m setting the alarms. … I’m getting better. I depended on her for so much.”

In an interview with PEOPLE Now in August, Dog said while he’s open to love again, he will never re-marry.

“What deal we said is I will never take ‘Beth’ off my chest, I have her name here. And I will never get married,” he said. “And she said to me, ‘We are human, okay?’ And probably the same thing I’d say to her: ‘I know you’re gonna have a boyfriend, I hope you have 10, but don’t go fricking marry one, and say those words. Don’t you dare do that.’ I would say that, and she did say that to me.” 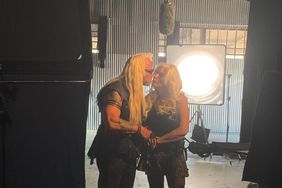 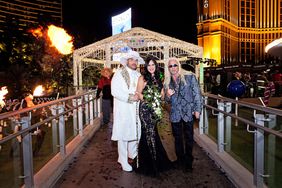