As Duane “Dog” Chapman readies to say his final goodbye to his late wife Beth Chapman at her upcoming funeral, the bounty hunter is sharing her final wishes.

“I’ve never done ashes in my life, and that’s what she wanted. And then she wants me to do it and put in the same thing and I guess put on the fireplace or something. This is the most morbid stuff,” the 66-year-old Dog’s Most Wanted star shared in a new interview with Entertainment Tonight as he sat beside a pink box containing Beth’s ashes.

“She said scatter some, leave some on the fireplace,” he explained about Beth’s final wishes.

“Of course, when I go to heaven, she wants me in the box with her. Not my will,” he added with a chuckle.

Beth, who battled a stage II throat cancer diagnosis, was rushed to Hawaii’s Queen’s Medical Center on June 22, before she was placed in a medically induced coma shortly after being admitted. On June 26, Beth died at the age of 51.

Since her death two weeks ago, Dog said that he has experienced the effects of grief both mentally and physically.

“I was going to do all the scattering … and then I looked at it and thought I’m not going to throw you away! I just throw you away and start over? I can’t do that. So right now … I haven’t gotten past the place where I’m still putting a pillow where she was and covering it up like the jailhouse escape,” he said. “And then I wake up in the middle of the night and see her and it doesn’t register that [it] ain’t her. I’m still there.”

He also revealed that he’s dropped nearly 20 pounds since he said goodbye to Beth.

As to how Dog is feeling in the wake of his wife’s death, he is experiencing a mixture of emotions.

Said Dog, “In a new experience that you have, you don’t know how you’re doing because you’ve never experience it. I have a lot of people that depend on me. All my supervisors said, ‘Dog, it’s time you man up.’ So I’m trying to man up.”

He explained, “I am a cry baby. I blame it on my heritage. I can cry talking about crying. So I would be crying through the whole thing and I sob — I can’t stop it. So I can’t do that. And decisions, I can’t make them right now. … So manning up would be not get over it, but face it, take over it.”

While Dog assured that he “would never commit suicide,” he is at peace if his time on Earth were to end soon.

“I am ready now to go,” he said, but added about his wife, “Beth was never ready.”

Just days after she died, loved ones celebrated the life she lived during a memorial at her favorite place: Fort DeRussy Beach in Waikiki, Hawaii.

And this weekend, Beth’s family, friends and fans will have the chance to say their final farewells from wherever they are as her funeral will be livestreamed.

Beth’s service will be broadcasted on WGNAmerica.com and the Dog’s Most Wanted Facebook page, according to The Wrap.

Dog announced Beth’s funeral arrangements on Twitter and Facebook, sharing that it will be held on Saturday, July 13 at the Heritage Christian Center in Aurora, Colorado, at 1 p.m.

Anyone who wishes to attend and pay their respects to the reality star is welcome. 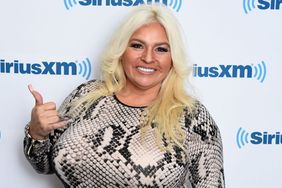 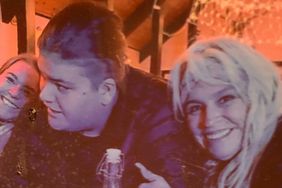 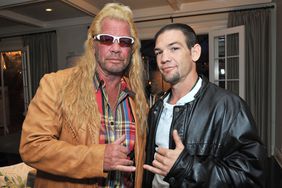 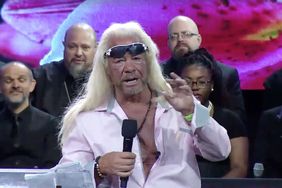