The actor used a gay slur to refer to costar T.R. Knight during an on-set spat in the fall of 2006, prompting Knight to come out as gay. Though Washington apologized, he used the term again in January 2007 to deny the incident to reporters at the Golden Globes. In June, after his character broke off his engagement to Dr. Christina Yang (Sandra Oh) and didn't appear in the season 3 finale, ABC confirmed that Washington wouldn't return to the series.

In 2014, Washington returned following Oh's decision to leave the show. The reason for his comeback, according to Grey's Anatomy creator Shonda Rhimes, had to do with closure for the actors' characters.

"I feel like there have been a lot of people that have been like, 'How can you do this?' And I feel very strongly and fully believe in people's ability to grow and change and learn from their mistakes and when they know better, to do better," Rhimes told Entertainment Weekly. "If people don't think that, over the course of seven years, it's possible for a human being to change, then there really is no future for the human race at all."

The medical drama launched Knight's career, but in July 2009 he left due to an ongoing "breakdown of communication" with Shonda Rhimes. After getting only 48 minutes of airtime (versus the 114 minutes Sandra Oh's character received) in the first nine episodes of season 5, he asked to go. "My five-year experience proved to me that I could not trust any answer that was given," Knight told Entertainment Weekly of his character at the time. In February 2017, though, he returend to Shondaland in the season 2 premiere of The Catch.

"I did not feel that I was given the material this season to warrant an Emmy nomination," Heigl explained in June 2008 of why she decided to withdraw her name from consideration. Two years after shading the creative team, and numerous leaves of absence from the show, the 27 Dresses star exited for good when her character, Izzie, moved out of Seattle.

In a 2016 interview on The Howard Stern Show, Heigl revealed she went to speak with the show's creator and head writer after realizing that her comments might have offended the writers on the show.

"I went in 'cause I was really embarrassed," she told host Howard Stern. "So I went in to Shonda and said, 'I'm so sorry. That wasn't cool. I should not have said that' … I shouldn't have said anything publicly, but at the time, I didn't think anybody would notice. I didn't know that journalists would see who submitted and who didn't. I just quietly didn't submit and then it became a story and then I felt I was obligated to make my statement and 'shut up, Katie.' "

Two years earlier, in 2014, Rhimes seemingly addressed Heigl's exit and controversy surrounding the cast of the medical drama, in an interview with the Hollywood Reporter. "I don't put up with bulls- or nasty people. I don't have time for it," the Grey's Anatomy creator said of what she calls her "no a-holes policy."

McDreamy's death in a car accident shocked fans of the show - unless they got their hands on an early issue of Entertainment Weekly. Hours before his final episode aired in April 2015, EW subscribers received the week's issue - containing an exit interview with Dempsey - earlier than planned. Fans erupted over the spoiler on social media, and put together an online petition, which garnered 100,000 signatures, to bring back his character.

"It was clear we were both ready. But we kept it very quiet," Dempsey revealed to PEOPLE of his and Rhimes' decision to let the actor go, in 2016. With no table reads, the actor said no one knew how his character would perish. "I knew he was going to be gone, but I didn't know how she was going to handle it. Shonda just said, 'I'm going to do it in a really good way,' and she did her thing."

Rhimes admitted she felt surprised after Ramirez announced her departure on social media in May 2016. "I found out maybe three days before you guys found out,'" the producer said at Vulture Festival in New York City that year. "This departure, indeed, was different from all the others. It wasn't a big, planned thing. I had a different plan going and then Sara came and said, 'I really need to take a break.' "

When the actresses confirmed on Twitter in March 2018 that neither would be returning for season 15, Deadline - the first to report the news - implied that star Ellen Pompeo's recent negotiation for a $20 million salary led to Drew and Capshaw being removed. "This is above my pay grade," Pompeo clarified on Twitter, adding that the situation shouldn't be made to "pit women against eachother."

After starring as Dr. Alex Karev for 16 seasons, ABC confirmed to PEOPLE on Jan. 10 that Chambers had left the beloved medical drama.

"There's no good time to say goodbye to a show and character that's defined so much of my life for the past 15 years," Chambers said in a statement to PEOPLE. "For some time now, however, I have hoped to diversify my acting roles and career choices. And, as I turn 50 and am blessed with my remarkable, supportive wife and five wonderful children, now is that time."

He added, "As I move on from Grey's Anatomy, I want to thank the ABC family, Shonda Rimes, original cast members Ellen Pompeo, Chandra Wilson and James Pickens, and the rest of the amazing cast and crew, both past and present, and, of course, the fans for an extraordinary ride."

Throughout the years, fans grew to love Alex Karev - an egotistical medical intern who blossomed into a nurturing pediatric surgeon throughout the seasons. Last season, Karev was fired for his involvement in the insurance fraud scandal and was hired Chief of Staff and Chief of Surgery at Pacific Northwest General Hospital.

Because Chambers' last episode aired on Nov. 14, 2019 - he was absent from the midseason finale and it was explained that he was taking care of his ailing mother - the character will not get a send-off episode. 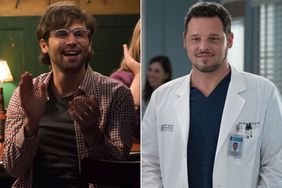 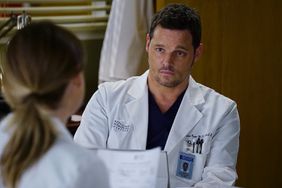 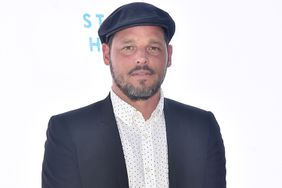