According to his booking sheet, Drake Bell served his time on Friday and was released Saturday

Drake Bell served one day of his four-day sentence in Los Angeles County Jail and has since been released, PEOPLE confirms.

The former Nickelodeon star, 30, was sentenced to serve 96 hours in jail and was placed on four years probation for his second DUI conviction on Friday. According to his booking sheet, he served his time on Friday and was released Saturday.

Bell reportedly accepted a plea deal last week and received four days in L.A. County Jail, according to TMZ. This sentencing came after his 2015 DUI arrest, which occurred after the actor was pulled over at 2:18 a.m. by Glendale police for straddling a lane, traveling at an unsafe speed and abruptly stopping at a red light.

Bell was arrested and later released with a citation after posting $20,000 in bail. But because he was also arrested for a DUI charge in San Diego in 2009, California state law demands that a second conviction within a 10-year time span requires a minimum sentence of four days in county jail, according to E!.

Bell’s rep did not respond to PEOPLE’s request for comment. 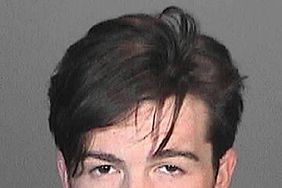