Drake Bell pled guilty to two charges against him during a Wednesday hearing.

The actor, best known for playing Drake Parker on the popular teen series Drake & Josh, was arrested and charged in Cleveland with attempted endangering children and disseminating matter harmful to juveniles earlier this month, according to court documents obtained by PEOPLE at the time.

Though he initially pleaded not guilty, Bell, 34, has since agreed to a plea deal and said he was guilty of both charges during a virtual court appearance on Wednesday, according to a livestream of the hearing from local ABC affiliate News 5.

"My understanding is there's been a plea agreement reached where the defendant will plead guilty to count one attempted endangering children, a felony in the fourth degree [and] plead guilty to count two: disseminating matter harmful to juveniles, a misdemeanor the first degree," the judge began.

"Do you understand the potential penalties?" he asked Bell, who responded, "I do, Your Honor. Yes."

"Do you understand if you plead guilty that is an admission by you that you did these crimes?" the judge followed up, to which Bell again said, "Yes, Your Honor."

The actor's sentencing hearing is set for July 12, at which time his victim will be able to read out a victim statement if she wishes to, the judge said.

In a statement to PEOPLE on Wednesday, Bell's lawyer Ian Friedman said, "All questions about this case will be answered at sentencing, including why Mr. Bell chose to enter his plea."

According to local NBC affiliate KXAN, the alleged incident occurred on Dec. 1, 2017, the same day the actor was scheduled to perform at a venue in Cleveland, per a since-deleted tweet.

KXAN reported that the incident involved Bell engaging in an inappropriate chat with a 15-year-old girl that was at times sexual in nature.

His arrest this month came almost a year after Bell's ex-girlfriend, Melissa Lingafelt, accused him of physical and verbal abuse. He denied the allegations in a statement to PEOPLE at the time. 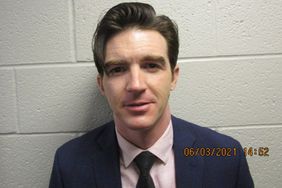 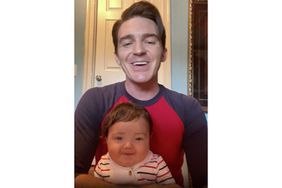 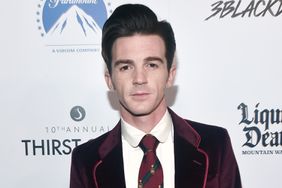