Cast mates Michelle Dockery, Allen Leech and Kevin Doyle revealed exactly how far the Dame will go for her cuppa

Never get between Dame Maggie Smith and her tea.

During a visit to PEOPLE Now, Downton Abbey stars Michelle Dockery (Lady Mary Crawley), Allen Leech (Tom Branson) and Kevin Doyle (Joseph Molesley) shared their favorite memories from the show’s six season run – including the lengths to which Smith will go for a cuppa.

When Smith, who plays the formidable dowager countess on the hit show, wanted a spot of tea, she was forced to hang her head out of a window to do so because cast members weren’t allowed to bring food or drink inside Highclere Castle, the real-life house that served as the Abbey in the series.

Of course, after six seasons, there are a few other cast rituals going on on set too. Namely that Hugh Bonneville, who plays the stately Earl of Grantham, does yoga every morning before the day gets going – in a leotard.

“You eventually just get used to it,” Leech joked.

And for long days on set, the cast would pass the time with games. Bananagrams were a favorite for Smith and Penelope Wilton, who plays Isobel Crawley, and during dinner scenes, those around the table would play “Wink Murder” to pass the time.

The cast made up their own games, too, including a favorite, “Of course in Downton, that word means “, where they’d change the “meaning” of a word that appeared frequently in a scene – like swapping out “politics” for “nipples,” as Bonneville once did to Leech.

Somehow, we can’t imagine Lord Grantham would approve of the double meaning.

Downton Abbey returns for its sixth and final season Jan. 3 on PBS Masterpiece. 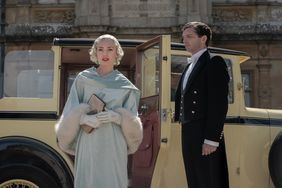 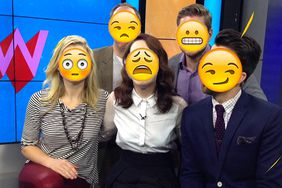 The Stars of 'Downton Abbey' Share Their Favorite Emojis 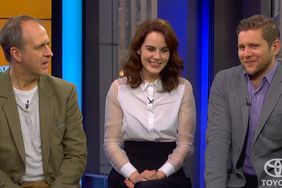 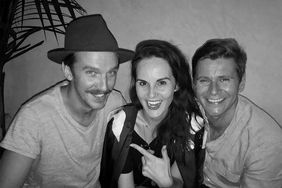 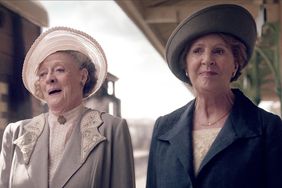 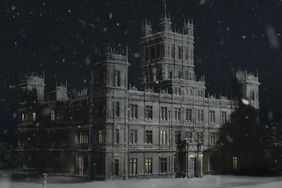 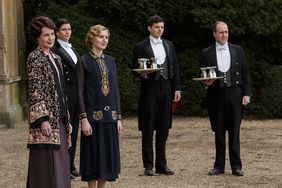 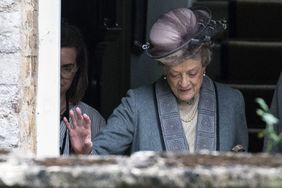 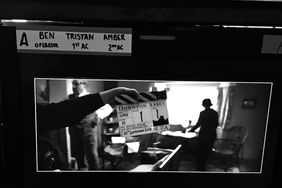 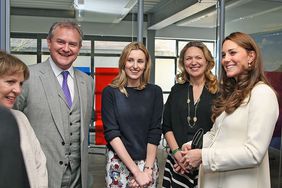