Dove Cameron and Ryan McCartan have parted ways less than six months after getting engaged in April.

McCartan, who is set to appear in The Rocky Horror Picture Show: Let’s Do the Time Warp Again later this month, announced the break up on Wednesday via Twitter.

“Dove has decided this relationship isn’t what she wants. We still love each other very much. Please be sensitive, as this is painful,” he tweeted.

“Thank you for your support & full hearts in this very intense & human time,” Cameron, who starred in the Disney Channel Original Movie Descendants in 2015, wrote on Twitter. “There’s a lot love between Ryan & I. Life is beautiful & long.”

McCartan, 23, announced their engagement on Instagram. “Dedicating my 1,000th post to my fiancée. I can’t believe I get to call you that. Thanks for saying yes,” he wrote.

The Disney Channel Liv and Maddie costars dated for three years before he popped the question.

But when it came to actually proposing, “he didn’t hint at it,” the actress said. “It was very spur-of-the-moment. It was perfect.”

The duo, who met on the set of Liv and Maddie in 2013, also formed a pop band together in 2015 called The Girl and the Dreamcatcher.

“It’s like that weird thing where people are like, ‘How does it feel to be a year older today?’ and you’re not any different,” she explained. “But then there’s always like those once-every-six-year-birthdays where you’re like, ‘Whoa, I woke up, and the world was different around me.’ And it was like that.”

While McCartan is prepping for the Oct. 20 premiere of the TV movie version of The Rocky Horror Picture Show, Cameron will star in the TV movie of Hairspray as Amber Von Tussle, where she’ll reunite with Descendants costar Kristin Chenoweth. 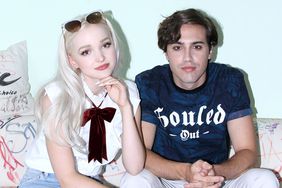 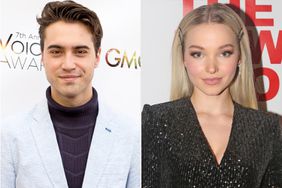 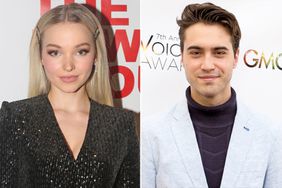 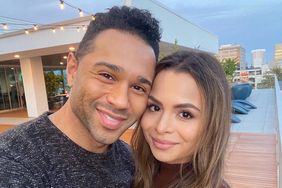 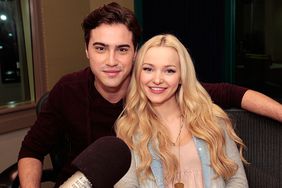