A double shot of drama is coming up on this week’s Double Shot at Love.

In PEOPLE’s exclusive sneak peek at Thursday’s episode of Pauly “DJ Pauly D” DelVecchio and his Jersey Shore costar Vinny Guadagnino‘s new dating show, tension is once again brewing between Nikki and, well, pretty much everyone.

Nikki sits down with Mish and admits she’s “feeling like a f—ing idiot” after a comment DelVecchio made to her the night before.

“How would you feel if the guy you liked told you you were being too extra and you were doing too much?” she fumes. “No guy has ever told me that — nobody. And it’s not that I can’t handle it, it’s just that I don’t think it’s true.”

“At this point, I don’t want to even be around him,” she adds.

DJ Pauly D Comforts Nikki After She Threatens to Leave Double Shot at Love: ‘You Know I Like You’

Unsure how to comfort her, Mish just listens — but later, she admits her friend is “in denial.”

“Pauly and Vinny are saying what everyone wants to say in the house to Nikki: Don’t be so extra. What is extra? Too much,” Mish explains. “A relationship is all about communication. Why can’t you take what they’re telling you? Dial it down.”

Indeed, Nikki has been making waves since they moved into the house, be it pressing DelVecchio for his thoughts on marriage or sobbing every other day. So how does he feel about her? In his room with Guadagnino, 31, DelVecchio, 38, reveals it’s still an “open playing field” for his heart, adding that “a lot of drama is brewing in this house.”

“Has your girl Nikki settled down a little bit?” Guadagnino asks.

DelVecchio tells him Nikki has been keeping her distance all day.

“Normally, Nikki and I, we text heavy,” he says. “But today, nothing. So I don’t know what’s up with that. It’s confusing.”

“That’s good, though,” Guadagnino says. “If she’s not jumping down your throat every minute, you can talk to other people.”

“It’s good,” DelVecchio says. “I’m too busy calming the drama to get to know anybody else!” 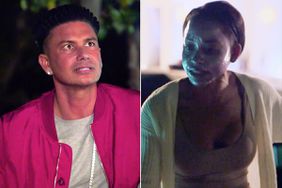 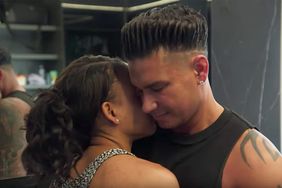 DJ Pauly D Comforts Nikki After She Threatens to Leave 'Double Shot at Love: ' 'You Know I Like You' 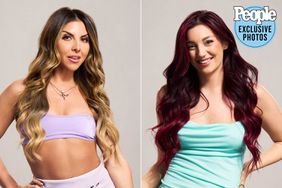 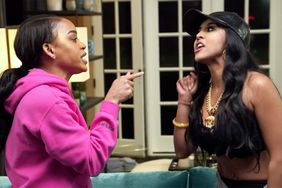 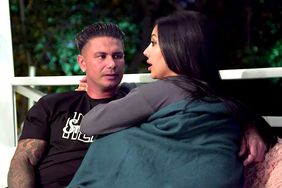 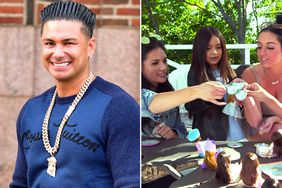 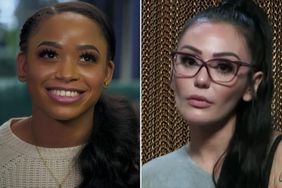