Stephen Colbert Crashes RNC: Donald Trump 'Is Not Supposed to Be Here'

Stephen Colbert has kicked off this week’s Republican National Convention with a bang – of his gavel.

The Late Show host crashed the conservative party’s biggest stage in the garb of his Hunger Games spoof, The Hungry for Power Games.

In a video of the gag that starts partway through, Colbert as the Caesar Flickerman-esque emcee says that presumptive presidential nominee Donald Trump “has formed an alliance with Indiana Governor Mike Pence. [Long pause …] Sorry, I blacked out there for a second. So it is my honor to hereby launch and begin the 2016 Republican National Hungry for Power Games!”

When a security official approaches Colbert on the stage, the late-night host responds coolly, “Look, look, I know I’m not supposed to be here, but let’s be honest: Neither is Donald Trump.”

Despite appearances, PEOPLE has learned that there were no hard feelings from RNC officials. In fact, after Colbert’s bit, they eagerly posed for – and then posted on social media – selfies with the costumed Colbert.

The Late Show with Stephen Colbert will broadcast live all week (11:35 p.m. ET) on CBS. 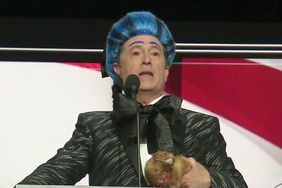 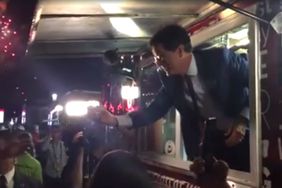 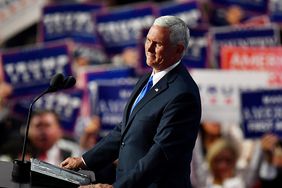 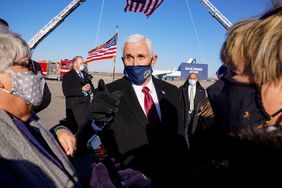 Mike Pence Staying with Family and Will Look for a New Home After Returning to Indiana: Sources 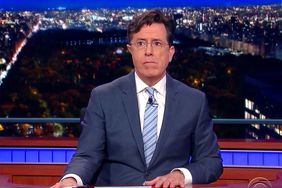