It’s been two months since Beth Chapman died of complications from throat cancer, but fans and viewers will now have an inside look at how her family came to terms with the harrowing diagnosis.

On Wednesday, Beth will be making her final reality TV debut on WGN America’s Dog’s Most Wanted alongside husband Duane (a.k.a. Dog the Bounty Hunter), and PEOPLE has a first look at the surreal and emotional moment that changed their lives.

“In 2014 Duane ‘the Dog’ Bounty Hunter and his wife, Beth Chapman, retired from full time bounty hunting,” the show’s narrator says in the clip. “And in 2017, Beth won a year-long battle with cancer after having a tumor removed from her throat. But today, for the entire Chapman family, everything is about to change.”

While Dog, Beth and their daughter Cecily are shown driving, they receive a call from Beth’s doctor.

“I got some test results back on your Immunotherapy,” the doctors tells the family. “I hate to say it, but unfortunately, your tumor is not improving based on the immunotherapy. I need to advise you to start with some chemotherapy. I need to schedule a time to get you in as soon as possible. Would next Monday work?”

“I need to process it first and call you back,” Beth says, fighting back tears.

After the call concludes, Dog is seen pacing on the side of the road, while Beth and Cecily wipe away tears.

Beth died on June 26 at the age of 51 following her aggressive throat cancer diagnosis.

Speaking with PEOPLE Now last month, Duane, 66, said that he has not yet seen the upcoming series, which will follow Beth’s difficult cancer battle and his first chapter without her.

“I have not looked at none of these shows,” Duane said. “I looked at the first show a little bit, but at that time, I wasn’t able to handle it.”

“So when everyone sees it Wednesday, I get to see it. First time,” he said.

And he’ll be surrounded by family.

“I got kids, you know, so my kids are coming and my friends will be there, you know, my close friends,” he said. “We’ll all watch.” 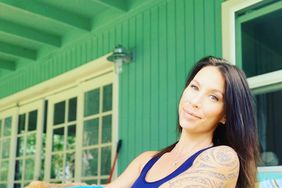 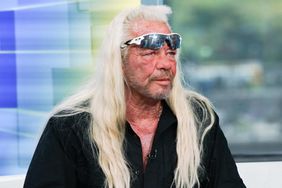