Has the Bachelor alum officially said goodbye to her bachelorette days?

Has Bekah Martinez officially said goodbye to her bachelorette days?

In two photos shared on her boyfriend Grayston Leonard’s Instagram account in early September, he hinted that the couple may have said “I do” in Santa Barbara, California.

“Stuck with this beach,” he captioned a Sept. 3 photo of himself kissing the Bachelor and Bachelor in Paradise alum on the cheek while on the beach.

In the image, Martinez wears a flowy, mid-length, long-sleeved white dress and holds a brown sunhat in her hand while Leonard wears a white shirt and khaki pants as they stand under what appears to be a wedding canopy.

“After 48 hours of marriage, I am foregoing a life with Rebekah for an annulment. she’s not happy about it,” he captioned a second photo of the couple on Sept. 4 on the same beach.

And the posts have plenty of fans confused.

“They are married omg,” one follower commented.

“Wait what they got mrried??” another wrote.

But in an Instagram Story on Wednesday, while lying in bed with Martinez, Leonard denied that the duo had tied the knot: “No, we aren’t married.”

Martinez did not respond to PEOPLE’s request for comment.

Regardless of whether or not they’re married, it’s an exciting time for the pair. In an interview with PureWow, published Wednesday, Martinez revealed that she is expecting her first child with Leonard.

Martinez learned that she was pregnant three months into her relationship. The reality star, whose pregnancy was unplanned, told PureWow, “I was in disbelief and thought, ‘Is this really happening?’ “

Martinez shared a video about her pregnancy news on YouTube.

“I’ve just come to such a point of accepting it and embracing it and being excited and telling people and all that,” she says in the video. “But I was just in such a state of shock when I found out.”

“As it’s gone further, almost every day becomes happier for me,” Leonard adds. “She’s got a little bump now. Her belly button’s starting to push out. It’s like all of these things make it really fun and real. It’s this transforming moment from ‘If I have to, I’ll do it. I’ll be a good dad.’ ”

She raved about welcoming a baby, calling it “legitimately a dream come true” and explaining, “It’s the one thing that I’ve known with certainty for so long. I’ve gone back and forth on the idea of marriage and relationships, but I’ve always felt sure that I want to be a mom.”

And if the pair does in fact tie the knot soon, the decision will have been a quick change of heart, as Martinez told PureWow that marriage wasn’t in the cards right now.

“The last thing we need is to consider another commitment on top of what we’re already going through … Regardless, we’re bound together by sharing this little life,” she told the outlet. 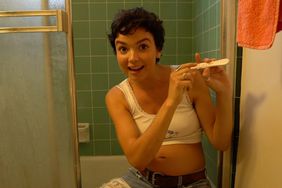 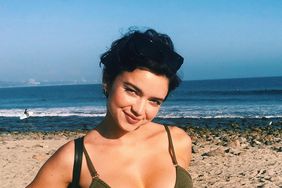 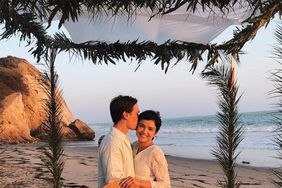 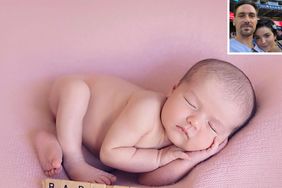 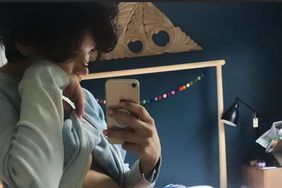 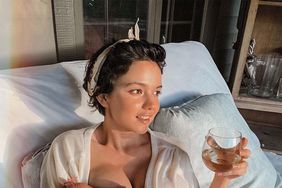 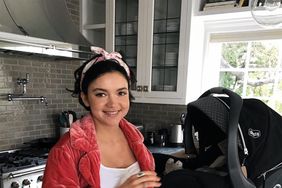 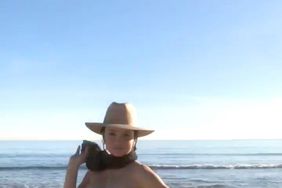