Despite Doctors Objections, ABC's 'Eli Stone' Will Not Be Canceled

ABC has announced that the network will proceed with its first episode of their new legal drama Eli Stone despite calls from the American Academy of Pediatricians for the show to be canceled.

“Eli Stone is a fictional television show,” a network rep tells PEOPLE in a statement. “The characters, products, and events depicted in the episode are all fictional. The storyline plays on topical issues for dramatic effect, but its purpose is to entertain.”

The premiere episode features the lead character, a lawyer played by Jonny Lee Miller, trying to convince a jury that a mercury-based flu vaccine has caused a child’s autism.

On Monday, the nation’s largest group of pediatricians reached out to ABC in an attempt to persuade them to cancel the episode. In a press release, Dr. Renee R. Jenkins, president of the influential American Academy of Pediatrics, said, “A television show that perpetuates the myth that vaccines cause autism is the height of reckless irresponsibility on the part of ABC and its parent company, The Walt Disney Co.”

“Eli Stone’s” plotline touches on a long-standing and heated debate between advocates for autistic children and the U.S. medical community, who hold that there is no link between vaccinations and the onset of autism.

Though ABC has chosen to go through with the airing of the episode, the network will urge viewers to visit to the Center for Disease Control’s autism Web site at www.cdc.gov/autism for more information. –Amy Elisa Keith RICHARD CARTWRIGHT/ABC 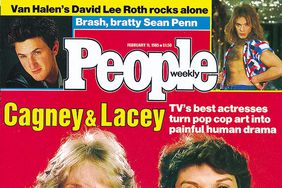 A Method in the Madness