"I think Tom Bergeron is such a staple of Dancing with the Stars, and he's a good friend of mine," Derek Hough said

Derek Hough is opening up about Tom Bergeron's sudden exit from Dancing with the Stars.

"I was pretty shocked," Hough, 35, told Bevy Smith during an episode of Bevelations on SiriusXM's Radio Andy.

"I think Tom Bergeron is such a staple of Dancing with the Stars, and he's a good friend of mine. He's a good man," added Hough, who left his position as a DWTS pro in 2016 to host World of Dance. "He's been there from the beginning, and you know he's just a great guy."

Though Hough was surprised by the news, he said it's understandable" considering "nothing is certain" in the entertainment industry.

"You know, there's always efforts to sort of switch things up, and you look at that, and it's also understandable," he told Smith, 53.

"I have come in contact with [Banks] several times. I think she's fantastic. I thought she was a fantastic host on America's Got Talent," Hough said.

"I feel optimistic. I think she'll do fantastic. As far as my history [with the show], I was definitely shocked about Tom," Hough added. "For me, I'm always sort of a cheerleader for the show to succeed ... especially for shows I've been a part of. I want Dancing with the Stars to succeed and do well, and I hope it does."

"Tom Bergeron will forever be part of the Dancing with the Stars family. As we embark on a new creative direction, he departs the show with our sincerest thanks and gratitude for his trademark wit and charm that helped make this show a success," they said in a statement to PEOPLE.

Bergeron, 65, had hosted the reality dance competition alongside a variety of co-hosts since its premiere in 2005. Andrews, 42, joined Bergeron in 2014.

Bergeron initially announced his exit on social media, tweeting, "Just informed @DancingABC will be continuing without me. It's been an incredible 15 year run and the most unexpected gift of my career. I'm grateful for that and for the lifelong friendships made."

A representative for Andrews did not respond to PEOPLE's request for comment.

Just days later, Banks, 46, was revealed as the show's new host and an executive producer. The new gig marks the first time DWTS has brought on a Black female solo host.

"I’ve been a fan of 'DWTS' since its beginning ... The fun mixed with raw emotion, seeing celebrities push past their comfort zones, the sizzling dance performances ... it’s always transported me to my days of turning it up 10 notches on the catwalk," Banks said in a statement. "Tom has set a powerful stage, and I’m excited to continue the legacy and put on my executive producer and hosting hats."

Banks also expressed her excitement for the new role during an appearance on Good Morning America on July 15.

"I am excited about hosting and executive producing — getting in there, live TV, you never know what happens on live TV," she said on the morning show. "I like breaking these doors down so that we don’t have any more firsts, but it’s nice to be first so that you can open that door and let so many people in after you." 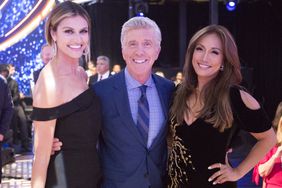 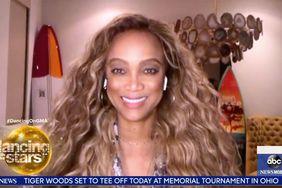 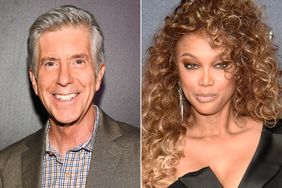 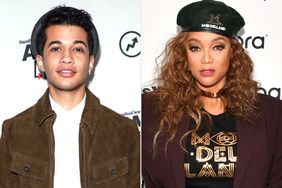 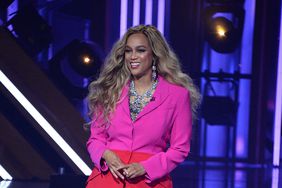 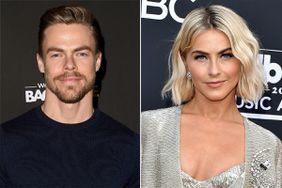