The second annual celebrity edition of the series will see stars like Nikki Bella, Derek Hough, Ne-Yo and Nastia Liukin running the course to kick off NBC’s Red Nose Day coverage, which is an annual three-hour night of programming that aims to raise money and awareness for children in poverty both stateside and around the world, airing May 24.

“I’m very excited, but I’m not going to lie, I’m extremely nervous,” Bella, 34, told PEOPLE ahead of taking on the course. “Seeing these courses in person, they’re extremely intimidating and I’m just trying to keep my confidence up. At the end of the day, we’re all here for an amazing cause. I will run any course to help any child that’s in need.”

The Total Bellas star said she has partnered with Red Nose Day in the past through her work as a WWE wrestler.

“When I was the former Divas Champion, I remember wearing my red nose and holding up my championship belt so it was really cool,” Bella said. “I’ll have to pull that photo out.”

Bella, who was previously engaged to John Cena before they called off their wedding in April, had just gotten back from her bachelorette party in Paris at the time and called it “heavenly.” Though she was still in a relationship with Cena at the time, she said that neither he or her sister Brie Bella could make it to filming for the special.

“John is in Tampa now, and Brie is on her way to Orlando so I have no one here,” she said. “Brie is FaceTiming it though, which is cool.”

World of Dance judge and former DWTS pro Hough returned to the American Ninja Warrior course after competing last year, and he said he was taking what he learned from his first try to give it his best shot this year.

“Last year, I over-practiced my grip strength and by the time we got to the actual course, I couldn’t hold a glass of water,” Hough, 33, said. “I was like, ‘That’s not good.'”

For Hough, being a part of this show has been particularly fun because his nephews are big fans.

“Last year I fell on the fly wheel part but I got back up and I did it again and I completed it. My nephews were out there and I was like, ‘I can’t let them down,'” he said. “They have a Ninja Warrior course in their backyard. I’m definitely doing cool uncle things.”

Hough, who grew up in England for 10 years, said Red Nose Day has been a part of his life for a long time. Red Nose Day was created by Oscar-nominated and Emmy-winning writer-director Richard Curtis (Love Actually) and has raised $1 billion globally since its launch 30 years ago in the U.K. in 1988. Since launching in America in 2015, Red Nose Day has raised more than $100 million.

“They always do such an amazing job and put on amazing events,” he said. “I’m just really glad that America is joining in, and NBC has been a part of it from the beginning. The fact that they’ve raised over a billion dollars is kind of unprecedented.”

When it came to who he thought his biggest competition was, Hough said it was his fellow World of Dance judge Ne-Yo, 38, who also ran the course.

“We like to mess around with each other a little bit, so it would be fun to give him some trouble,” he said. “We’ll see. I think there’s some good athletes here.”

One of the athletes who competed was Hough’s former DWTS partner and five-time Olympic medalist in gymnastics Liukin, who he made it the finals with during their season.

“Nastia was totally messing with me like, ‘Derek, I have no upper body strength,’ when we danced together,” he said. “I’m like, ‘You’re a gymnast, of course you have upper body strength.’ I’m thinking she’s been lying to me all these years and tricking me just so she can show me up in this moment right here.”

Liukin said she was inspired to join in the competition after watching Hough on the special last year.“When I got the opportunity to do it this year I was like, ‘Absolutely,'” she said. “I know I’m not the strongest I’ve ever been in my entire life, I was definitely stronger when I competed in the Olympics, but again, this is for fun and for charity.”

Liukin said this was her first time working with Red Nose Day, and that she’s always driven by “inspiring and helping that next generation.”

“That’s what this is really about,” she said. “It’s about the kids, about trying to help them and raise money for them. I’m so honored to have been asked to be a part of this.”

Bella, Hough, Ne-Yo and Liukin were joined on the course by Superstore‘s Colton Dunn, Access correspondent Scott Evans and Runaways‘ Gregg Sulkin. Akbar Gbajabiamila also gave the course a go along with his normal duties of co-hosting with Matt Iseman and Kristine Leahy.

Following Celebrity Ninja Warrior will be a special edition of Hollywood Game Night and The Red Nose Day Special hosted by Chris Hardwick. 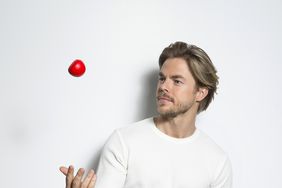 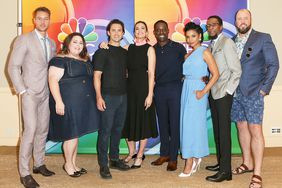 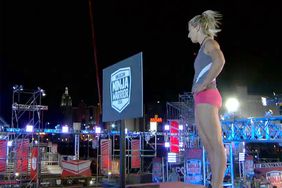 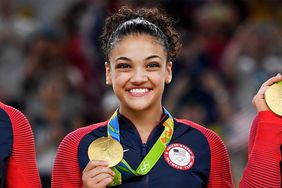 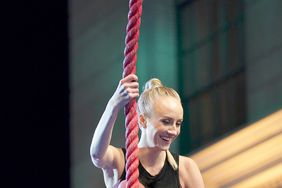 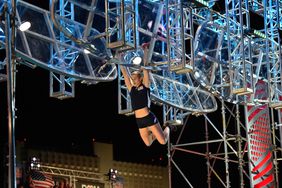 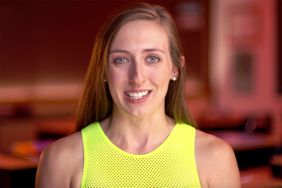 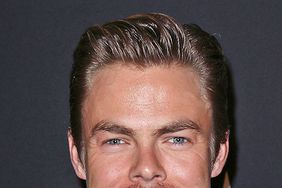 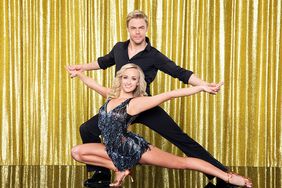 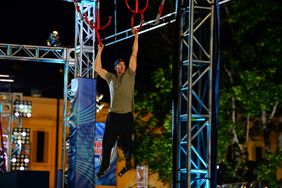 'DWTS' : Will an Injury Force Derek Hough to Sit Out the Rest of the Season? 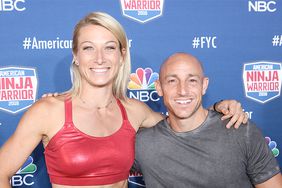