Denise Richards Is Engaged to Aaron Phypers! 'They're a Good Team,' Source Says

"Aaron and Denise just got engaged and would love to be married sooner than later now that his divorce is finally in his past," a source tells PEOPLE

Denise Richards is putting the wife back in The Real Housewives of Beverly Hills.

The actress is engaged to Aaron Phypers, PEOPLE can exclusively reveal.

“Aaron and Denise just got engaged and would love to be married sooner than later now that his divorce is finally in his past,” a source tells PEOPLE. “The engagement has been a long time coming. He moved on from his past relationship a long time ago, and marrying Denise is a welcome new chapter for both of them in different but equally significant ways. The two of them are very happy and have settled into life with one another, so now they’re pretty focused on getting this very intimate ceremony off the ground. They’re just ready to start their married life together.”

The couple has been dating since at least December 2017. Phypers finalized his divorce from Desperate Housewives star Nicollette Sheridan last month — two years after they separated following just six months of marriage.

As for their big day, “Denise and Aaron just want a small group of people to be at the wedding, really just their inner circle,” the source says. “They’ve both done this before and this time just want to exchange vows in front of the people who are most important.”

The Wild Things star recently joined the cast of RHOBH and has been photographed filming the Bravo reality show, which is expected to premiere before the end of the year.

“She and Aaron are extremely happy, and he’s definitely game with her on-camera persona,” the source says. “He’s on board with the drama that the show might bring, and Denise is a total pro with this. She’s done it before and knows how to navigate life on and off camera even when the show gets blurred with reality. He seems to care for her in a real way and is up for whatever she throws at him and vice versa. They’re a good team.” 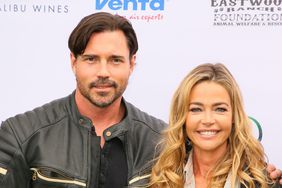 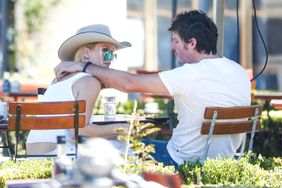 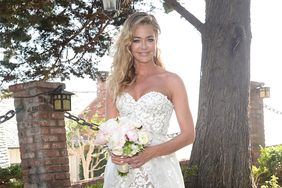 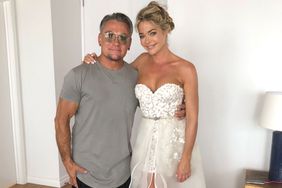