During the height of the pandemic, Al Roker and Deborah Roberts turned their home into a makeshift TV studio with both of them filming live shots in different rooms — for rival networks, no less.

"So much of life these days is folding in and out of live reports at home," shares Roberts, 60, who reports for Good Morning America, 20/20, Nightline and World News Tonight with David Muir. "We have lights set up in our home, we have camera equipment, we have tripods in this corner."

With each of them broadcasting live from their Manhattan brownstone or their house in upstate New York, things can get a little hectic.

For more of Al Roker and Deborah Roberts' sweet love story, pick up the latest issue of PEOPLE, on newsstands Friday, or subscribe here.

There was that time when Roker video-bombed Roberts' GMA live shot just as host Robin Roberts was saying hello to their son, Nick, 18.

Catching a glimpse of Roker standing in the doorway of the couple's dining room, filming the goings-on with his cell phone, the bemused GMA host asked, "And who's that guy? Wait a minute! Wait a minute! We have an Al Roker sighting! This is a first!"

Maintaining her composure, Roberts said, "The family is just sort of chaotic!"

Comical moments like this aside, and little things that irk them — like when Roker admitted last May to Access Daily that his wife wasn't exactly a fan of the sweatpants he'd been sporting — working from home has brought them closer together.

"It makes us appreciate each other," says Roberts.

Roker, 66, says he admires his wife's work ethic and perseverance. "I'm always impressed by your dedication," he says of Roberts during the Zoom interview. "You're dedicated to your craft and your profession."

In recent months, Roberts has focused on reporting extensively about race and racial equity.

"As a mom and woman of color, it was a deeply personal moment to report on my experiences and thoughts about race in this country," she says. "While I typically strive to be objective and neutral as a reporter, I felt that I had to convey some of my experiences."

RELATED: Al Roker and Deborah Roberts' Love Got Them Through His Cancer Diagnosis

Watch the full episode of The Love Issue: Al Roker and Deborah Roberts on PeopleTV.com or the PeopleTV app.

In July, for GMA, Roberts moderated a groundbreaking round table of seven mothers who now share a painful bond after their children were killed in racially-charged incidents.

This included the mothers of Ahmaud Arbery, 25 — an unarmed Black man from Georgia, who was fatally shot after being chased by two white men who told police they thought he was a burglar — and Breonna Taylor, a 26-year-old EMT and aspiring nurse, who was shot to death by police officers while sleeping in the bedroom of her Louisville, Kentucky, home.

She conducted a second, equally heartbreaking interview with Taylor's mother, Tamika Palmer, during a two-hour 20/20 special in November.

Furthermore, she interviewed other mothers and her teenage son, Nick, as part of the GMA segment, America in Crisis, which focused on how parents can help kids understand protests and fight racism.

As part of NBC News' and Today's coverage of Black History Month, Roker will interview Wilton Gregory, the archbishop of Washington, D.C. — the first African-American ever appointed as cardinal in the Catholic church — on the 3rd Hour of Today on Monday. Gregory will discuss the racism he's experienced even as a religious leader and how President Joe Biden is one of his parishioners.

Roberts says she and Roker are grateful to be able to tell these kinds of meaningful stories, even while working from home.

"We are very blessed," she says. "We are very fortunate we are able to work at home, because we acknowledge that there are a lot of people who have lost jobs and don't have the opportunities that we do." 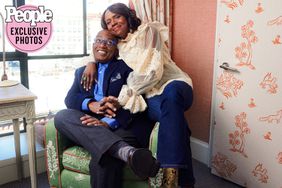 How Al Roker and Deborah Roberts' Love Got Them Through His Cancer Diagnosis: 'She's Been a Real Rock' 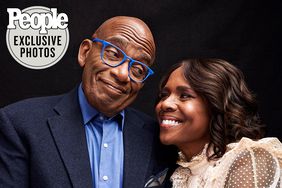 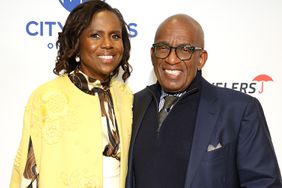 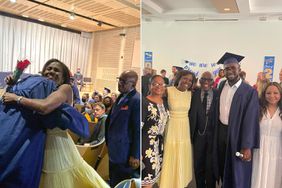 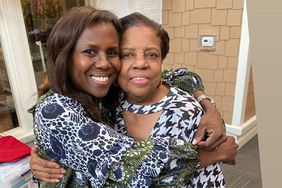 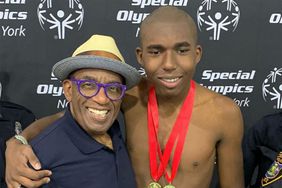