DeAnna Pappas is a Bachelorette no more!

The reality star, 29, married fiancé Stephen Stagliano, 27, on Saturday in her home state of Georgia.

The bride walked down the aisle in a strapless Disney Bridal wedding gown with a birdcage veil and cowboy boots.

“They were giddy with excitement,” an observer tells PEOPLE. “She looked incredibly happy.”

(Michael and Durst, who have since broken up, went on to win last season of Bachelor Pad, which ended shockingly when Michael was blindsided by the on-air announcement of Durst’s engagement to a fellow contestant.)

Stephen, a high school teacher, popped the question in August 2010.

Pappas, who was notoriously rejected by Brad Womack on his first go-around as The Bachelor, went on to become The Bachelorette and got engaged to Jesse Csincsak in July 2008. The couple broke off their engagement later that year. 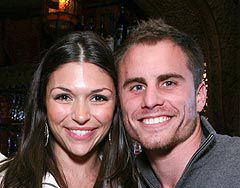 Is DeAnna Pappas Getting Engaged? 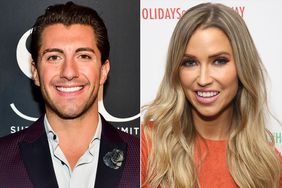