Dean Cain, who played Superman on the 1990s TV series Lois & Clark, said making Jon Kent bisexual in an upcoming comic book is not "bold or brave or some crazy new direction"

Former Superman actor Dean Cain is weighing in on DC Comics' upcoming storyline that debuts Clark Kent's superhero son Jon as being bisexual, criticizing the direction as "jumping on the bandwagon."

The comic book company announced Monday (in honor of National Coming Out Day) that Jon, who has taken the reins as Earth's new Superman in the Superman: Son of Kal-El series, comes out as bisexual in the upcoming fifth issue, available Nov. 9. The character finds himself striking up a romantic relationship with reporter Jay Nakamura. After Superman gets burnt out, physically and mentally, from trying to save the planet, Jay is there to care for him.

"They said it's a bold new direction. I say they're bandwagoning. I don't think it's bold or brave or some crazy new direction," he said. "If they had done this 20 years ago, perhaps that would be bold or brave. But brave would be having him fight for the rights of gay people in Iran where they'll throw you off a building for the offense of being gay."

The actor — who also previously appeared on The CW's Supergirl and the 2014 film God's Not Dead — also wrote an op-ed about the topic published on the website RealClearPolitics.

"I say they're jumping on the bandwagon," he wrote in the piece, published Thursday, "but they're fighting the wrong issues. There is a clear agenda here. It's globalist, it's anti-America, but it's not bold and it's not brave."

"A gay or bisexual superhero is not groundbreaking in 2021. It's banal. I have zero issue with that. I'm all for inclusiveness and acceptance and tolerance," Cain continued. "It might be more interesting, however, if they created new characters instead of retrofitting the identity of existing ones."

He added, "Inclusiveness is healthy, but tinkering with the sexuality or political outlook of fictional heroes does not necessarily improve their character. Here, after all, was the initial description of the man from Krypton: 'Superman, champion of the oppressed. The physical marvel who had sworn to devote his existence to helping those in need!' That's a hard mantra to improve on, in my view, and is quintessentially American — it champions both strength and compassion."

In a November 2020 interview, Cain told the Irish Independent that he was an independent and had cast his ballot for Donald Trump in 2016 and 2020, saying his was vote "not about Trump's personality, it's about the policies of Democrats and Republicans."

Months later, in July, Cain was criticized for comments he made about The United States of Captain America comic series on Fox & Friends, according to The Hollywood Reporter. The actor accused the comic of promoting "wokeness and anti-Americanism," before backtracking on Twitter and admitting that while he hadn't read the comic, he stood by his statement.

Commenting on today's political climate in another appearance on the network, Cain also claimed that Superman today "wouldn't be allowed to say 'Truth, justice and the American way.' "

Amid Cain's most recent comments, Superman: Son of Kal-El writer Tom Taylor said in a statement on Jon Kent's bisexuality in the upcoming storyline that "everyone needs heroes and everyone deserves to see themselves in their heroes."

Taylor added, "Superman's symbol has always stood for hope, for truth and for justice. Today, that symbol represents something more. Today, more people can see themselves in the most powerful superhero in comics."

RELATED VIDEO: Brandon Routh Says Having Two Supermen in the Room Was a 'Weird' and 'Surreal' Experience

Jordan Elsass currently plays a teenage Jonathan Kent in the CW television series Superman & Lois, which sees the titular couple relocating from Metropolis to Clark's hometown of Smallville, Kansas, with their two sons.

DC CEO and publisher Jim Lee said, "We can have Jon Kent exploring his identity in the comics as well as Jon Kent learning the secrets of his family on TV on Superman & Lois. They coexist in their own worlds and times, and our fans get to enjoy both simultaneously."

Superman has also been portrayed on film and in TV by Henry Cavill, Tyler Hoechlin, Christopher Reeve, Tom Welling, Brandon Routh and more. 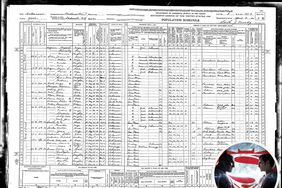 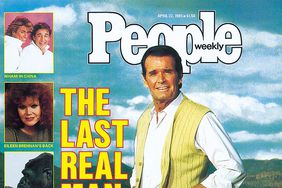