'Deal or No Deal' (the Game Show Meghan Markle Appeared in!) Returns to Television

The high-stakes, fast-paced show will return to CNBC with its original host, Howie Mandel, after nearly a decade off the air.

In a Facebook post on CNBC’s Deal or No Deal page, which Mandel later tweeted out, the America’s Got Talent judge stood by three models holding briefcases — the show’s staple —revealing the numbers of the upcoming series’ air date: December 5, 2018.

“Having been in this business for 40 years, I’ve been involved in every kind of production,” Mandel told Popculture, “Nothing changed my life, career and perception of humanity more than one project, and that was Deal or No Deal. I am excited to re-embark on the most thrilling, life-changing show.”

CNBC chairman Mark Hoffman confirmed their commitment to strengthening the network’s lineup by “adding one of the most successful game shows of all time along with the popular, original host,” he said.

The primetime bargaining show, which features 26 models possessing cash amounts ranging from a single penny to $1 million, forces contestants into deciding between forgoing the potential briefcase riches in exchange for an unknown “Banker’s” offer, or stick to their instincts and risk earning some dimes and nickels.

Garnering attention for launching Meghan Markle’s on-screen career, the series also featured model and celebrity chef Chrissy Teigen, who earlier this year confirmed her overlap with the duchess in the show’s 2007 airings.

In Teigen’s February appearance of the Ellen Show, the model spoke up about meeting the royal during her short-lived game show stint, joking that if she’d known the briefcase models could go on to the British throne, she would’ve taken a different path. “That could be me, I could be Princess Harry, or no, what is it?” she told a laughing Ellen DeGeneres.

In a taping of Watch What Happens Live the previous month, the Lip Sync Battle co-host recalled Markle’s warm personality. “It was a very blurry time in my life,” Teigen teased, adding, “I remember her being just very quiet and sweet. Just really kind, and I don’t say that about anybody.”

The show’s other smaller-known stars include Fired Up! actress Hayley Marie Norton, and The Real Housewives of Atlanta star Claudia Jordan.

The new Deal or No Deal will premiere Dec. 5 on CNBC. 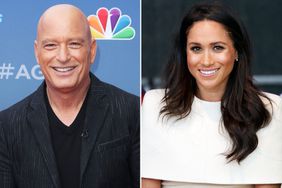 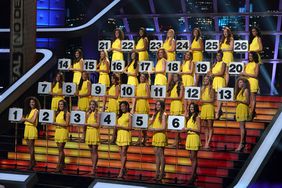 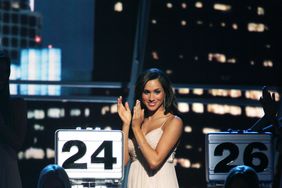