David Schwimmer wanted Friends to reflect the world around him.

In a new interview with The Guardian, Schwimmer said he made a “conscious push” for more diversity on the iconic NBC sitcom.

“I was well aware of the lack of diversity and I campaigned for years to have Ross date women of color,” he said. “One of the first girlfriends I had on the show was an Asian American woman, and later I dated African American women. That was a very conscious push on my part.” (Ross dated Julie, played by Lauren Tom, in season 2, and courted Charlie, played by Aisha Tyler, in seasons 9 and 10.)

Schwimmer, 53, said he would like to see a reimagined version of Friends with a more diverse cast.

“Maybe there should be an all-black Friends or an all-Asian Friends,” he added.

The actor starred as Ross Geller, a divorced paleontologist whose ex-wife left him for another woman.

And while Schwimmer admitted that a few of the show’s storylines don’t hold up to today’s standards, he praised Friends for pushing the boundaries surrounding conversations about sex and sexuality at the time.

“The truth is also that show was groundbreaking in its time for the way in which it handled so casually sex, protected sex, gay marriage and relationships,” he said. “The pilot of the show was my character’s wife left him for a woman and there was a gay wedding, of my ex and her wife, that I attended.”

“I feel that a lot of the problem today in so many areas is that so little is taken in context,” he continued. “You have to look at it from the point of view of what the show was trying to do at the time. I’m the first person to say that maybe something was inappropriate or insensitive, but I feel like my barometer was pretty good at that time. I was already really attuned to social issues and issues of equality.”

He also cited the show’s open discussion about Judaism.

“I don’t think that was earth-shattering or groundbreaking at all, but I for one was glad that we had at least one episode where it wasn’t just about Christmas. It was also Hanukkah …” he said. “I was glad that we at least acknowledged the differences in religious observation.”

Everything We Know About the Possible Friends Reunion: ‘It Has to Be the Right Treatment’

Friends aired from 1994 to 2004 on NBC and starred Schwimmer, Jennifer Aniston, Courteney Cox, Lisa Kudrow, Matt LeBlanc and Matthew Perry as a group of friends in New York City.

Since the show went off the air, fans have been clamoring for a reunion. Earlier this year, multiple sources told PEOPLE the cast is exploring the idea of reuniting onscreen, reportedly in a project for HBO Max.

Schwimmer said he would be on board with a one-off reunion but is opposed to reviving their original characters.

“I just don’t think it’s possible, given everyone’s different career trajectories. I think everyone feels the same: why mess with what felt like the right way to end the series?” he said. “I don’t want to do anything for the money. It would have to make sense creatively and nothing I’ve heard so far presented to us makes sense.” 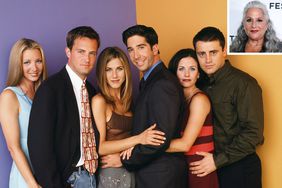 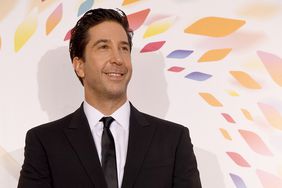 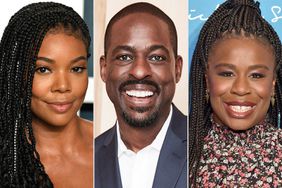