David Hasselhoff played Michael Knight on the 1980s cop procedural about a crime fighter assisted by a sentient car, KITT

In an interview with The Mirror promoting his Audible Original book Up Against The Wall, David Hasselhoff revealed why talks of a potential Knight Rider reboot stalled almost a decade ago — and opened up about where things stand now.

“We talked about another series about eight to nine years ago,” said Hasselhoff, who played Michael Knight on NBC’s 1980s cop procedural about a crime fighter assisted by a sentient car, KITT. “But they wanted to do it without me.”

The Baywatch star said he pitched various ideas, even suggesting he didn’t have to be the lead and could have a small cameo instead.

Then, when he was on his honeymoon with wife Hayley Roberts last year, Hasselhoff said the topic bubbled back up.

“I was on my honeymoon and this guy said to be ‘You know why Knight Rider is so popular?’ ” he recalled to The Mirror. “So I said ‘Why?’ He told me, ‘You put your morals into Knight Rider and into Baywatch, that’s why they are popular.’ I thought, yes that’s true!”

“I don’t need to be brave and fight like Knight Rider, or swim like in Baywatch,” he added. “It’s not that, it’s about why they do it.”

Asked if a reboot is currently on or off the cards, Hasselhoff appeared to confirm the good news: “I’m not supposed to say anything, but stay tuned. The Knight Rider will ride again!”

RELATED VIDEO: Fran Drescher Wants Cardi B to Play Her Daughter in a Reboot of The Nanny

Knight Rider ran for 4 seasons from 1982 to 1986. Speaking to Entertainment Tonight in November, Hasselhoff revealed that he was in talks to do a Knight Rider movie.

“Right now we’re in development with a company I can’t really talk about to do Knight Rider:The Movie … as a huge franchise and bring back Knight Rider the way it should be brought back, which is a continuation of the show,” he said. “We’re going to continue it and I’m going to be involved and maybe behind the car a little bit. And we’ll see what happens.” 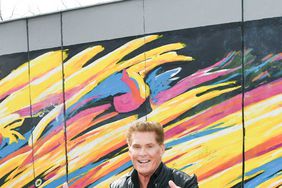 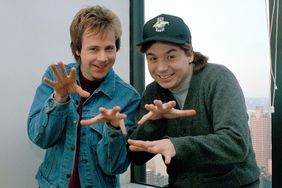 The Hoff Does Vegas – in Drag! 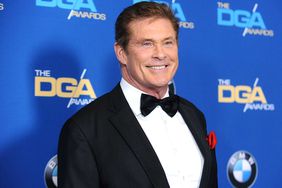