David Harbour is opening up about season 4 of Stranger Things.

While chatting with PEOPLE about his role as an ambassador for War Child's first-ever virtual Rise Together gala, the 45-year-old actor also spoke candidly about the upcoming season of the popular Netflix series, describing how the fourth iteration of the show is his "favorite" for his character, Jim Hopper.

Detailing that the show's creators, The Duffer Brothers (Matt and Ross Duffer), are "very responsive to the fan response" but also "a step ahead with the script," Harbour told PEOPLE exclusively that audiences will "see a lot of your favorite characters doing the thing that you love them for ... but you'll also see them twist it and turn it into other colors and other flavors."

"And one of the great things that you can see with Hopper is that he was a protector, he's a man of justice [and] he now has become a prisoner," he shared. "He's trapped and he's isolated."

"And we get to see an entirely other color of him that has been hinted at," Harbour added. "... This season is my favorite because he really is going to show you some new colors and what he's really made up of."

Stranger Things Will Continue Past Season 4, Creators Say: 'We Know When the End Is'

Earlier this year, Netflix unveiled an all-new teaser for the fourth season of Stranger Things, which marked the return of Harbour's fan-favorite Chief of Police, whose fate was left dangling at the end of last season’s finale, when he seemingly perished to save the town of Hawkins, Indiana.wi

Fans of the "upside-down" got a small glimpse of what’s to come in the show's forthcoming season thanks to the trailer, titled "From Russia with love…" In the short clip, a snowy scene shows workers constructing a railway line — and one of them is revealed to be a bald Hopper.

So with the revelation that his character is indeed alive and trapped far away from his loved ones — including Millie Bobby Brown's Eleven and Winona Ryder's Joyce Byers — Harbour revealed that the upcoming season will also dive deeper into the background of his character.

"You really do get to see a lot of his backstory of who he was as a warrior in a sense and sort of the mistakes he made in the past come back to visit him," he said. "And he just sort of unfolds."

Harbour also shared that other characters in the series will similarly receive "great fan service stuff that you love" as they also "get elaborated [on] and reveal different aspects of themselves," including his young costars, who have visibly grown up throughout the progression of the show.

Watching the cast grow up over the years hasn't come without some heartache for Harbour, who said it is "very moving, especially when you play a character like my character."

"It really rattles around in your heart, just these ideas of the passage of time and just the fact that the beautiful thing that people are as children, just don't get to remain," he said. "The world affects us, the world changes us. We grow, we develop and those beautiful eyes of a child sort of become something different as we age."

"So it's very moving just to watch them grow up and especially to be like an avuncular father figure on the show and be so protective of those kids," the Hellboy star added. "To watch them grow up I get a degree of pride and also fear for all of them."

Those feelings, Harbour said, have allowed him to become like a parent figure to the younger members of the cast — including Brown, 16, Finn Wolfhard, Noah Schnapp, Gaten Matarazzo, Caleb McLaughlin and Sadie Sink — while also a friend to them at the same time.

"I think when it started out, it was more parental, almost like angry parents," Harbour said of his relationship with his young castmates. "And then it's become much more like, I just can't hide anymore."

"I mean, in the beginning, I really wanted to preserve a lot of the character of Hopper off-screen for these kids because I wanted their performances to be as rich as possible," he explained. "And I knew that if they felt about me sort of the same that they would feel about Hopper, that it would be easier for them to act and easier for me too."

"But then as the seasons go on, you just become like a family and my sort of soft heart gets exposed and they start to be able to not really take me seriously anymore," he continued. "So you just become friends. ... Sometimes we're buddies and sometimes it takes on more of a mentor feel."

And that feeling of being a role model has allowed Harbour to have a unique relationship with the cast. "I occupy a very different position. Like, I'm not a director or producer, I'm not someone who requires of them that. I'm also not their immediate family so I don't have those requirements. So, in a sense, I am like a colleague of theirs," he said. "My hope is that they always feel like if they have trouble or if they need advice ... they can come to me."

And Harbour also utilizes his "soft heart," as he said, to give back to those in need.

Crediting his wife, Lily Allen, as the one who introduced him to War Child — an organization that provides assistance to children in areas experiencing conflict and the aftermath of conflict — Harbour said helping them out was a "no brainer."

"They just help children in war-torn countries," he said. "The charity itself is just so intrinsically good and it just has no moral compromise."

"The fact that it's run so spectacularly and they have such accountability for where your money goes and how it's spent, it's just a great organization," he added. "... An organization like War Child, as I say, it's so uncompromising." 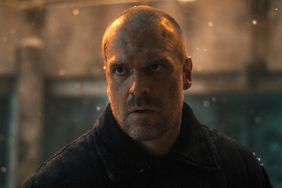 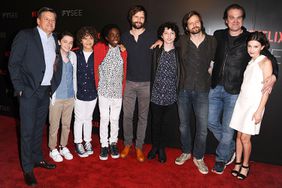 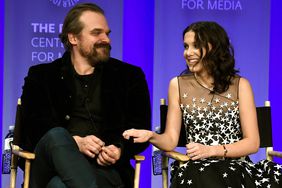 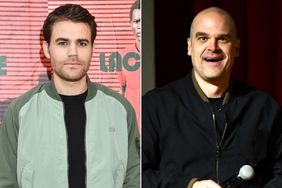 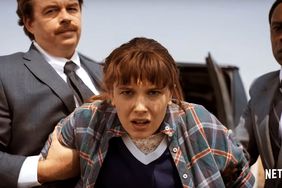 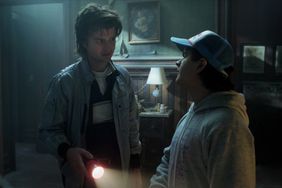 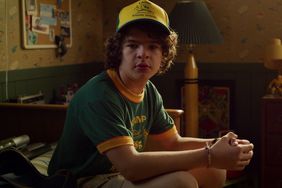 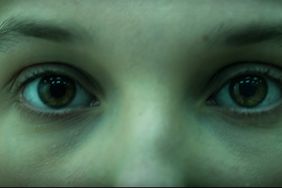 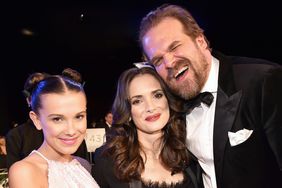 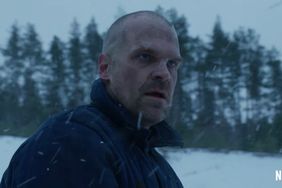