"I got Sexiest Man Alive when I had a full mustache and a 40-inch waist. So thank you, America," the Stranger Things star said

The Stranger Things star, 44, who was named one of the Men of the Year in PEOPLE’s Sexiest Man Alive 2019 issue, opened up about the accolade during an appearance on The Late Show with Stephen Colbert Friday.

Despite stopping by in a look which Colbert, 55, described as making the actor look like a “European hitman in an ‘80s movie who has no lines,” the host noted that Harbour’s leading role in the popular Netflix series turned into a “sex symbol.”

“The next Sexiest Man Alive issue has just come out and look who is one of the sexiest men alive,” Colbert said, flipping open to a page of the issue with pictures of Harbour, Keanu Reeves, Ben Platt and Andrew Scott.

“I’m very excited,” Harbour said, joking that next month PEOPLE will be releasing an issued dedicated to “Men Wandering Around Lower Manhattan’s Bed Bath & Beyond Looking For The Perfect Dish Towel.”

Harbour went on to note that he was rocking a very different look when he made the issue.

“You’re a quarter-page sexy,” noted Colbert, in reference to the layout of the edition. “John Legend, he’s multiple pages, Idris Elba is a full-page sexy. You’re 25 percent as sexy as Idris Elba.”

With a smile on his face, Harbour replied, “I’ll take it.”

Commenting on how much has changed for the actor over the years, Colbert asked him: “How does it feel to be sexy?”

“You were like the king of dad bod as Hopper,” he said, asking if Harbour’s trimmer appearance was related to “getting jacked for Hellboy.”

Explaining that it wasn’t, the actor instead described his weight gain for season 3 of Stranger Things as being his “hangover” from the 2019 film. “I didn’t realize this, but if you work out a lot and then you decide to stop working out and just eat doughnuts, your body remains very large,” he joked.

Lin-Manuel Miranda Jokingly Submits Himself for Sexiest Man Alive Consideration: ‘Did I Miss It?’

Speaking with PEOPLE for the Sexiest Man Alive 2019 issue, Harbour previously revealed one of the best non-work-related compliments he’s ever received.

“Lily Allen once told me that I was so gorgeous it was an outrage,” he said about his singer-songwriter girlfriend, adding that he feels the same way about her.

“I really only look at my girlfriend’s eyes, until she’s turned away from me and I stare at her stunningly beautiful butt,” he said about his favorite part of a woman’s body.

However, when asked what the most attractive trait he finds in a partner is, Harbour had a different response. “A healthy appetite,” he said.

For more of the real Sexiest Man Alive, pick up the latest issue of PEOPLE, on newsstands now. 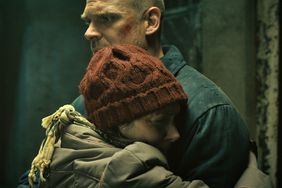 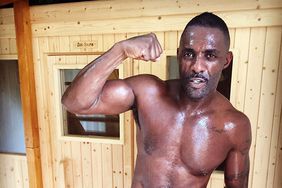 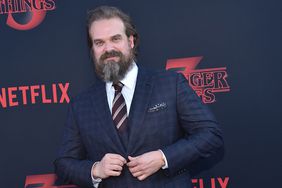