David Harbour Opens Up About Bipolar Disorder, Reveals He Was Once Committed to a Mental Asylum

The Stranger Things star says he manages his bipolar disorder with medication, cheeseburgers and cigarettes

David Harbour is getting candid about his experience with mental illness.

During a lengthy interview with Marc Maron for the comedian’s WTF podcast, the Stranger Things star opened up about dealing with anxiety, self-hatred, mania, fear and sobriety — and revealed he was diagnosed with bipolar disorder at 25 after being committed to an asylum.

Harbour, 43, said his mental health was actually tied to his early preoccupation with spirituality.

“Here’s the interesting thing, which I’ve actually never truly spoken about publicly,” he said. “I actually was in this Catholicism thing … and I was sober for like a year and a half, I was 25, and I actually did have a manic episode and I was diagnosed as bipolar.”

“I really had like, a bit of a break where I thought I was in connection to some sort of God that I wasn’t really in connection to,” he continued. “It was like I had all the answers suddenly.”

Asked if he was on drugs at the time, Harbour said no.

“The interesting thing about it was that I realized I don’t really need them,” he said. “That I have a capacity to see ‘the elves’ in the corners of the room if I really allow myself to go there. So I actually was, by my parents, taken into a mental asylum.”

“I have one thing to say about the mental asylum,” he continued. “I’ve romanticized two things in my life and both have fallen short. One is being in a mental asylum. Really, really not as fun as you think it is. You do have a romantic idea of it … and it just ends up being sad and smells like s—. And the other thing was boating. I recently went out on a ship in open water, and I’d read Moby Dick a million times, and it really is not sexy. It’s very similar to the mental asylum experience.”

After being diagnosed with bipolar disorder, Harbour said he began taking medication.

“That’s actually when the drugs came in,” he said. “I’ve been medicated bipolar for a long time. And I’ve had problems going on and off. I’ve had a struggle, going on and off the medications.”

Now, Harbour said he’s found what works for him.

“The funny thing about my particular brain or mental illness is every time that I’ve had an episode like that, it’s always coupled with spirituality,” he said. “Generally, people are like, ‘I need to meditate more’ or ‘I need to get into yoga.’ And I need to like, eat a cheeseburger and just like, smoke cigarettes and hang out.”

“Because like the minute I get close to that — what I consider a flame — of like ‘the answers’ and the mysticism … it’s like I’m out of my mind,” he said. “So if I write the self-help book it’s going to be like, ‘Sit on the couch and play some video games.’ ”

On Tuesday, Harbour promoted the podcast on Twitter, urging anyone going through something similar to give it a listen.

“With a lot of laughter and acknowledgment of how pedestrian it is to be a part of the tribe nowadays,” he said. “If someone you love still suffers shame about a diagnosis, or a fellow parent worries that their bipolar kid won’t be able to make it, our @WTFpod could soothe. Last 30 mins.” 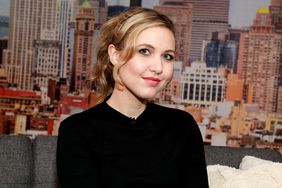 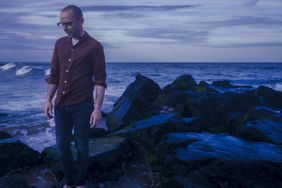 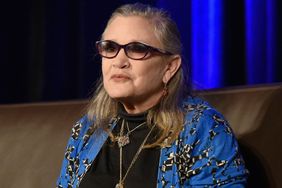 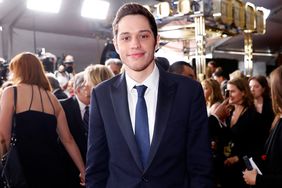 Pete Davidson Reveals He Has Borderline Personality Disorder: 'I'm Depressed All the Time'