The ruling comes just one week before the That '70s Show actor is set to have his arraignment for his criminal case on Jan. 6

A judge has ruled that the civil lawsuit against actor Danny Masterson must be arbitrated through the Church of Scientology, according to a court order obtained by PEOPLE.

The civil lawsuit — initially filed in Aug. 2019 by Chrissie Carnell Bixler, her musician husband Cedric Bixler-Zavala, Marie Bobette Riales and two Jane Does — claimed that the Church's agents stalked and intimidated them after they reported allegations against Masterson to police.

The civil lawsuit is separate from the ongoing criminal action against Masterson. The actor was charged in June with raping three women in separate incidents occurring between 2001 and 2003 — allegations that Masterson, who has an arraignment scheduled for Jan. 6, has denied.

In Los Angeles County Superior Court on Wednesday, Judge Steven Kleifield ruled that the civil complaints against the That '70s Show actor must be resolved through in "religious arbitration" due to an existing arbitration agreement among the involved parties, according to the court order.

In response to the court order, which set the status conference on the new arbitration for June 30, Masterson’s attorney Andrew Brettler tells PEOPLE, "This was absolutely the correct result. We look forward to arbitrating the claims, as the Court directed."

In the suit, Carnell Bixler claimed Masterson sexually assaulted her multiple times while they were dating in 2001 and 2002, Variety reported.

After Carnell Bixler reported the sexual assault to police, Bixler-Zavala alleged in the lawsuit, "agents of the defendants" poisoned their dogs, assaulted them with cars and made harassing phone calls.

The lawsuit also included Jane Doe #2, who claimed that the defendants inflicted emotional distress, stalking and invasion of privacy, according to the outlet.

The ruling requiring arbitration does not, however, apply to plaintiff Bobette Riales, as she was not a member of the Church of Scientology.

On June 17, the Los Angeles County District Attorney's Office announced that Masterson had been charged with three counts of rape by force or fear.

If found guilty, the actor could face a possible maximum sentence of 45 years to life in state prison.

Masterson's arraignment was scheduled for November, but after his attorney, Thomas Mesereau, appeared before a Los Angeles judge and argued that the rape case was "politically motivated", it was postponed to Jan. 6, PEOPLE previously reported.

Masterson, who has not yet entered a plea in the case, remains free on $3.3 million bail and has continued to deny the allegations.

"Mr. Masterson is innocent, and we're confident that he will be exonerated when all the evidence finally comes to light and witnesses have the opportunity to testify," Mesereau said in a statement in June. "Obviously, Mr. Masterson and his wife are in complete shock considering that these nearly 20-year old allegations are suddenly resulting in charges being filed, but they and their family are comforted knowing that ultimately the truth will come out. The people who know Mr. Masterson know his character and know the allegations to be false." 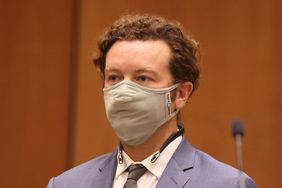 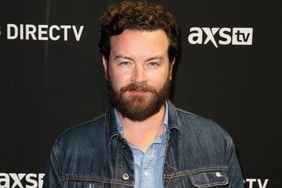 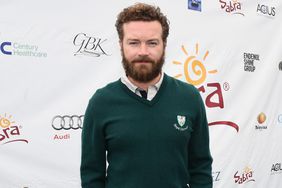