Daniel Radcliffe Reveals He Got Duck Feces in His Eye Filming Miracle Workers: 'We Plowed On'

Working with animals certainly comes with a few occupational hazards.

Daniel Radcliffe recalled an on-set mishap he had with a duck while filming his show Miracle Workers: Dark Ages, revealing that the bird chose an inopportune time to use the bathroom.

“We learned that ducks s— a lot. All the time. In your eye … ,” costar Karan Soni said at the Television Critics Association’s winter press tour on Wednesday.

“The duck was on the ground, and all I saw was it ruffled its feathers, and a millisecond later something hit my eye,” Radcliffe said. “And I was like ‘Ugh, that’s definitely what that is!’ ”

Despite getting duck dropping in his eye, Radcliffe, 30, said the scene had to go on.

In the second season of the TBS anthology show, Radcliffe stars as the spoiled and goofy Prince Chauncley, who struggles with his relationship with his father after he decides he doesn’t want to follow in his murderous footsteps. Instead, he’d rather stay home and play with his many pet ducks.

In the trailer for the new season, Radcliffe’s character is seen holding a white duck while lamenting his destiny.

“I have no talent, no skills, if I wasn’t the son of the King I’d be nothing,” he says. 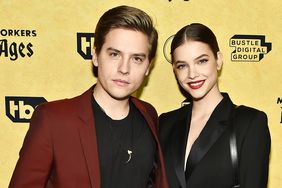