A young fan base is already “Hopelessly Devoted” to Dancing with the Stars contestant Jordan Fisher.

The Hamilton and Grease: Live star is partnered with pro dancer Lindsay Arnold for season 25 of the ABC reality dance competition, the network announced Wednesday morning.

RELATED VIDEO: What Was the Biggest Challenge Jordan Fisher Overcame for His New Album?

Fisher, who hails from Birmingham, Alabama, is your new crush, whether or not you know it yet. Here are five things to know about him:

1. He’s a theater kid through and through.
Fisher began his acting career at Birmingham’s Red Mountain Theatre Company, though he was first introduced to the stage at Paine Intermediate School in nearby Trussville.

“I was his fifth grade drama teacher and cast him in his first show, School House Rock, Jr.,” Don Garrett said in an interview. “He blew the roof off with ‘Conjuction Junction.’ It was then I realized he needed more than I could give him, so I hooked him up with Red Mountain Theatre Company’s youth program, where he was spotted by a talent scout, which led to [a] contract with Disney!”

2. He got his big break with a guest-starring role on iCarly and then landed his first major role as Jacob on The Secret Life of the American Teenager.
He also had roles on the original cable film Teen Beach Movie and Teen Beach 2, with appearances in The Thundermans and Teen Wolf. He currently stars on Liv and Maddie.

Despite all his success, Fisher is staying grounded.

“Prioritize your family. Find community. Let love come naturally and on its own time,” he said in an interview when asked about the best advice ever given to him. “Never find yourself bored at work. Be kind. Be kind. Be kind.”

PEOPLE’s special issue 25 Seasons of Dancing with The Stars is out Sept. 15.

3. He has a bright musical career ahead of him.
In 2015, he signed a record deal with Hollywood Records, and his debut album will be released this spring. He’s already recorded three singles – and his voice is, as the young people say, fire.

4. He is really, really good at the guitar.
And looks phenomenal in glasses.

He’s amazing at piano, too.

5. He’s sort of a huge nerd – in the most adorable way.
First of all, his celebrity crushes are on point.

“Emma Watson, Chloë Grace Moretz and Kristen Bell are the loves of my life. They just don’t know it yet,” Fisher said in a 2015 interview with Glitter.

Second, he isn’t afraid to admit he has an anime obsession. (“This goes back to Pokemon/Dragon Ball Z days, which I haven’t grown out of shhhh.”) 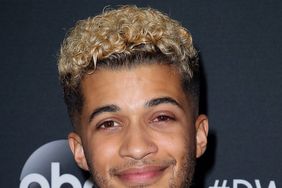 'Dancing with the Stars' Finale: 5 Things to Know About Crooning Heartthrob Jordan Fisher 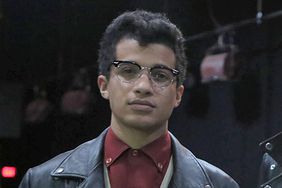