Ryan Lochte protesters stormed the ballroom floor on the Dancing with the Stars premiere Monday night.

After the six-time Olympic medalist performed his Foxtrot to the tunes of “Call Me Irresponsible” with pro partner Cheryl Burke, two men walked in front of cameras as judge Carrie Ann Inaba was giving her critique of the dance.

“Excuse me, excuse me, I’m not finished,” Inaba said before cameras cut away.

Behind the scenes, the older of the two male protesters – who both donned white Lochte t-shirts with a red circle and line through his name – walked in front of host Tom Bergeron and yelled into the camera.

As the older of the two men yelled into the camera, he was tackled by security guards and pushed into Lochte, Burke and Bergeron as they were listening to the reviews of the couple’s debut dance.

As the show cut to commercial break, four women wearing similar shirts continued to boo until fellow professional dancer Derek Hough ran out and yelled “get them out of here” before the women were escorted out by security behind the men. Burke was seen crying and Lochte appeared to be shaken up while the audience chanted his name.

When the cameras returned from commercial break, Lochte told Bergeron of how he felt: “So many feelings are going through my head.”

Professional dancer Lindsay Arnold tells PEOPLE of the incident: “I was backstage and when I heard the commotion I ran to the side of the stage and I was just in shock. I couldn’t believe it was happening. I think it’s a shame that people would feel the need to do that. Ryan is just a guy who is coming here to entertain and get a fresh start and it’s sad that such a happy night of dance was disrupted like that.”

Jana Kramer , who is partnered with Gleb Savchenko this season, said of the incident, “Ryan was backstage and close to tears. Everyone makes mistakes and I really hope America gets to see the guy we are all getting to know, which is a really, really nice guy.”

After the incident, Lochte told E!: It felt like “someone reached inside and ripped my heart out and stepped on it.” 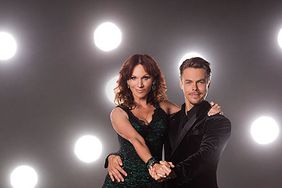 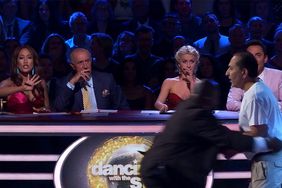 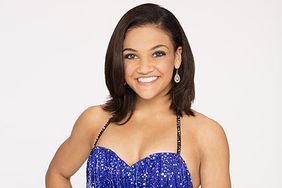 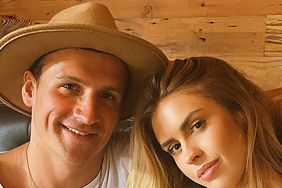