Pamela Anderson: 'I've Sworn Off Men' for 'Dancing with the Stars'

Her other strategies include enlisting her teen sons in soliciting votes

When Pamela Anderson competed on Dancing with the Stars in 2010, the bomshell was eliminated in the seventh week of the competition. But now that she’s been invited back to compete on season 15’s all-star edition, she says she’ll approach things a little differently.

For starters, Anderson, 45, tells PEOPLE, she’s only got room for one person on her dance card – her pro partner.

“I’ve sworn off men until November,” Anderson says of her self-imposed, season-long celibacy.

And while many celebrities actively engage with their fans on Instagram, Facebook and Twitter, Anderson admits, “Last time I didn’t ask a lot of people to vote for me.”

This time, however, she’s enlisting the help of her sons Brandon Lee, 16, and Dylan Jagger Lee, 14, with social media strategy because “they are technically savvy and I’m not,” she says.

While the kids help mom out in cyberspace, Anderson will do her part on the dance floor, vowing to “rehearse a lot more and try to stay out of trouble because I’m a self-sabotager.”

Fans will see if it all pays off when the news season of Dancing with the Stars premieres Sept. 24 on ABC. 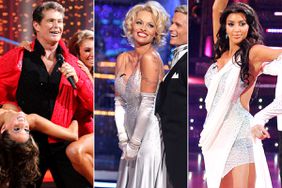 Ballroom Blips? 16 Celebs You Forgot Competed on 'Dancing with the Stars' 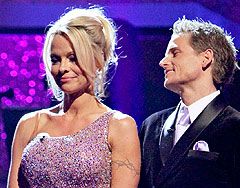