Plus: The Dancing contestant blogs about the thrill of meeting Chubby Checker

This week on Dancing with the Stars, we performed a slow waltz to 1961’s “Moon River,” which played a big part in the most memorable year of my life, 2007. That same year, I walked down the aisle to “Moon River” and then, on Sunday morning, I was rushed to the ER where I was told one of my twins, Lucy, and I were dying. In an emergency C-section, the twins were cut out of me. I was so weak I couldn’t sit up or even hold them. I could only kiss my left index finger twice and place it on their foreheads before we were raced to separate ICUs. The first lullaby I ever sang to them, later in intensive care, as I sat in a hospital wheelchair? “Moon River.”

When we finished the dance, I knew we had executed a near-perfect waltz, and I looked straight at the twins in the audience. My knees buckled; I saw their faces and the rush of emotion from remembering that year, almost losing Lucy, being in intensive care, waiting and praying they would live … it was overwhelming.

The buildup to Tuesday’s results show was unbearable. I remember saying to Tristan, “If this is it, at least I know I danced my heart out. You choreographed a beautiful waltz to honor my twins … the rest is up to America!” Turns out, those were good hands because we made it! Even now, I think I’m still in shock. Kristin Cavallari and Mark Ballas, who were sent home last week, gave quite a performance – they were great.

Lots of viewers think we relax after the results show, but the truth is far different. We talk to the press, say goodbye and then head home to try and get some rest before starting a whole new routine. I did get to meet Chubby Checker (on his 70th birthday!) who not only can clearly still do “The Twist” but he is one of the kindest, sweetest men I have ever met. I would ask him for some dance tips, but he is way out of my league! 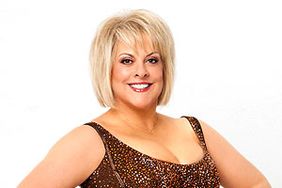 Nancy Grace: I Thought of My Twins' Fight for Life as I Danced